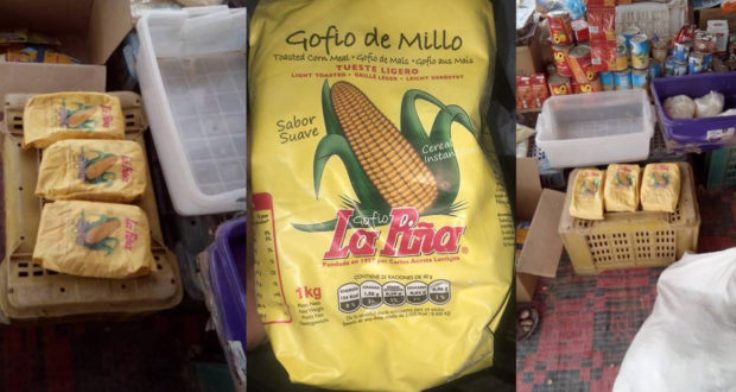 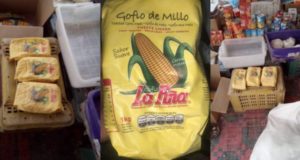 A new scandal of misappropriation of food aid destined to Sahrawi “refugees” living in the Tindouf camps in southwestern Algeria, was revealed on Tuesday, August 28, by a news website, close to the Polisario.

The website discovered a food aid product that is widely consumed by the camps population in grocery stores in the Algerian city of Tindouf.

The maize flour based product, Gofio, from the Canary Islands, is a staple food in the rations distributed to the Tindouf camps population.

According to the website futurosahara.net that revealed this new scandal, Gofio or “Gouvia” in Hassani language, was found over-the-counter and in large quantities in grocery stores in the city of Tindouf, at the cost price per kilo of 250 Algerian dinars, or €1,2.

However, this product graciously and regularly offered by NGOs, particularly Spanish, is virtually impossible to find this summer in the Polisario warehouses in Rabouni.

Reportedly, the same product, originating from the Canary Islands, has also been found on sale among other smuggled goods in the Mauritanian cities of Nouakchott and Zouerate.

This is not the first time Polisario leaders have been involved in embezzlement of international humanitarian aid. In March 2017, Mauritanian authorities seized in Zouerate large quantities of medicines and food products taken from Polisario warehouses in Rabbouni and conveyed to the northern city by a notable, close to influential men of the separatist Front.

Two years earlier, the anti-fraud office of the European Union (OLAF) published, in January 2015, a very damning report on the massive embezzlement of international humanitarian aid by Polisario leaders, in collusion with senior officials of the Algerian administration. The report documented how the assistance is diverted from its unloading in the Algerian port of Oran until it is re-sold in Algerian, Mauritanian and Malian markets.