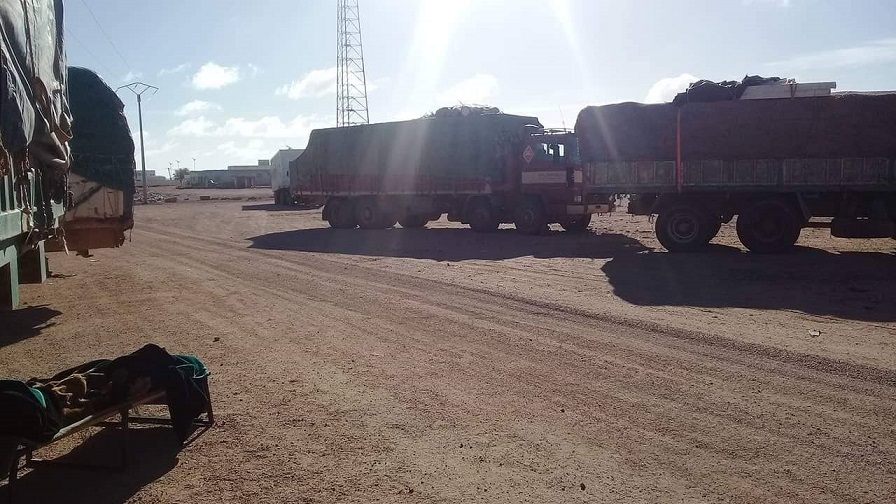 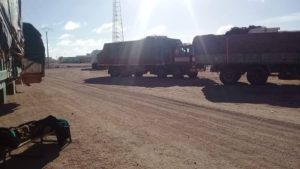 The Polisario leaders relayed earlier this week, on their electronic media, harsh criticism of Mauritanian and Algerian customs, as the Mauritanians are blocking trucks of Sahrawi tradesmen heading to Mauritania and the Algerians are holding a caravan of Spanish humanitarian aid at the port of Oran.

Sahrawi tradesmen denounce the taxes and fines imposed by Mauritania, and circles close to the Polisario criticize the Algerian administration’s “red tape” in checking and clearing the humanitarian aid destined to the Tindouf camps.

Futuro Sahara, a website close to the Polisario, reported earlier this week that Mauritanian customs have banned entry to the region of Bir Moghrein of several trucks from the Tindouf camps as their owners refuse to pay the taxes and fines they owe to the customs.

The protesting tradesmen have characterized these fees as being “illegal and baseless”, claiming that their trucks “have clearance to pass through,” the website added.

Some protesters say that to “go to a village east of the Sand Wall, they must go through Mauritania”, but the passage is forbidden to them by the Mauritanian customs.

In retaliation, elements of the Polisario, armed with knives and machine guns, punctured pneumatic water tanks belonging to Mauritanian breeders, whose camels graze in “Tiris” in north-eastern Mauritania.

In addition, Futuro Sahara, quoting the section of the Spanish Podemos party in “Ribas de Valduerna”, a locality in the south-west of the Spanish province of León, reports that a caravan of humanitarian aid destined to the Tindouf camps has been blocked since last Saturday in the port of Oran (western Algeria) pending the approval of the Algerian Ministry of Foreign Affairs before continuing on its way to Tindouf.

The media denounced this blockage, which it imputed to “the bureaucracy that controls this kind of aid destined to the Sahrawi refugees.”

In the wake of the social unrest aroused in the Tindouf camps by the new measures put in place by Mauritania and Algeria, Sahrawi tradesmen and gold miners have recently organized a sit-in in front of the MINURSO headquarters in Mijek, to denounce the “restrictions imposed on their activities” and demand “total freedom of movement throughout the Sahara”.