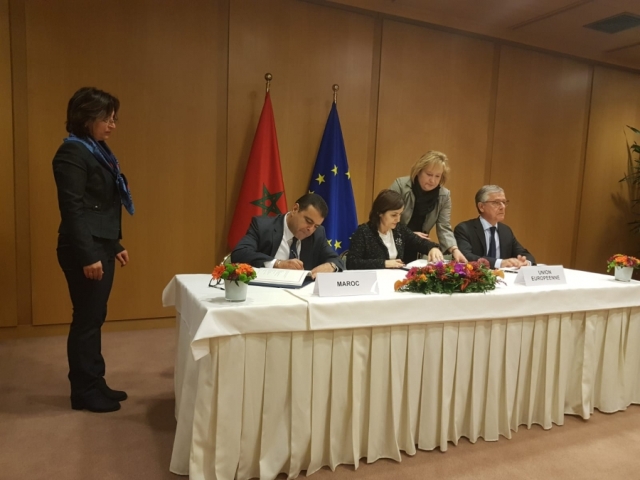 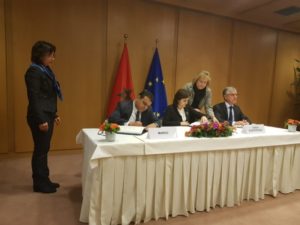 Morocco and the European Union (EU) signed on Monday in Brussels, new fisheries agreement including the maritime waters of the Moroccan Sahara, which is a setback for the pro-polisario European lobbyists who tried in vain to block the deal, diplomatic sources in Brussels said.

The agreement covers the fishing zone from parallel 35 to parallel 22, from Cap Spartel in northern Morocco to Cap Blanc in southern Morocco. It was signed by Fouad Yazough, ambassador director general for bilateral relations at the ministry of Foreign Affairs and Romanian ambassador Odobescu Lumini?a Teodora, whose country is chairing the rotating EU presidency and Aguiar Machado Joao, director general for maritime Affairs at the European Commission.

The signing ceremony was held in presence of Mrs. Zakia Drouich, secretary general of Moroccan ministry of Fisheries.

This agreement, which had already been inked on July 24 in Rabat, is part of the multidimensional strategic partnership between the two parties. It specifies the fishing zones, the access conditions for the European fleet to Moroccan waters and increases EU annual financial contribution from € 40 million to € 52.2 million (+30 pc).

The agreement also enhances the benefits of local inhabitants of the southern provinces of the Kingdom, pledges to ensure Morocco’s sustainable fishing and protect its marine environment.

The signing of this accord by the EU deals a hard blow to the European lobbyists hostile to Morocco and its territorial integrity. These pro-polisario advocates spare no efforts to undermine the long-standing partnership set between Morocco and the EU in various fields.

Morocco-EU fisheries agreement will enter into force after its adoption shortly by the European Parliament, which should also endorse the Morocco-EU farm deal currently being finalized.