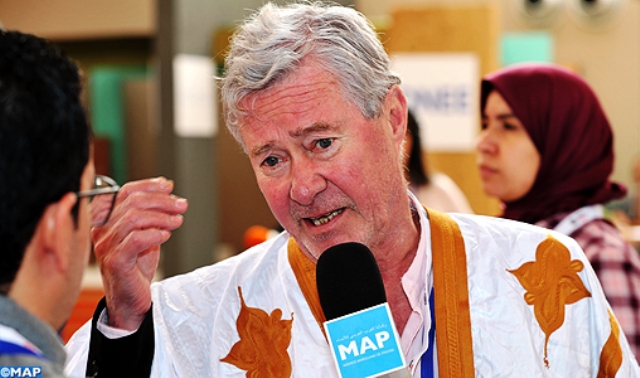 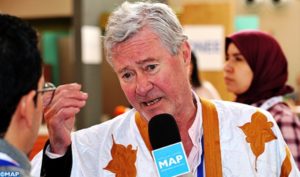 “The Sahara is Moroccan and it has always been Moroccan,” said Friday in Dakhla, Jorge Verstrynge Rojas, mentor of the extreme left-wing Spanish party, Podemos.

“The debate around the Sahara is irrelevant and should not exist. The territory of the Sahara is Moroccan and has always been Moroccan,” said Jorge Verstrynge Rojas, in a statement to MAP on the sidelines of his participation in the proceedings of the 5th annual session of the Crans Montana Forum, which is held this March 14 to 17 in Dakhla, in the extreme south-west of Morocco.

“A Sahrawi people does not exist. It is a creation of Algeria and a part of the Spanish left, which is unfortunately still unware of the real situation of this Moroccan territory,” said the Spanish political expert and former Secretary General of the Popular Alliance, a federation of conservative political parties founded at the beginning of the democratic transition in Spain.

“I am very close to the Podemos party, but I must say things as they are,” he insisted. Podemos, a small far-leftist party openly supports the Polisario’s separatist claims.

Jorge Verstrynge Rojas also called on Algeria “to deal with its internal political problems instead of interfering in the affairs of Morocco and its Sahara”.

“Morocco is the country that has achieved most progress and economic growth in Africa and is showing considerable solidarity with African countries,” said Jorge Verstrynge Rojas, who is also a university professor.

In this connection, he pointed out that Morocco’s role is “fundamental” and will be more so in the future, as a strong link for Africa’s development and a secure partner of Europe.

The Spanish expert’s statements have irked a bit more the Polisario, which is already infuriated by the holding of the fifth Crans Montana Forum in Dakhla, in Western Sahara.