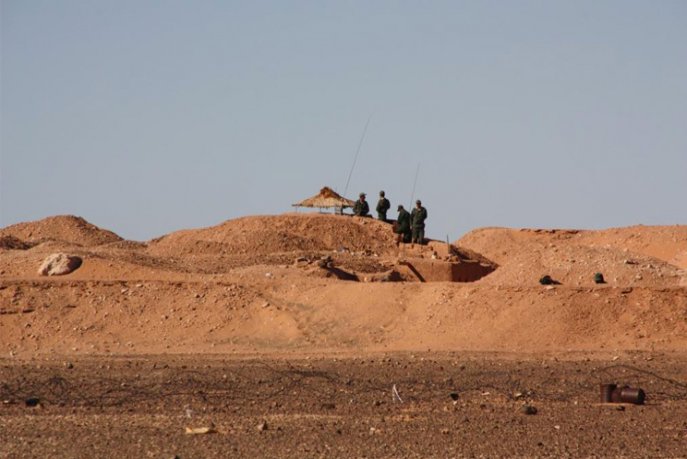 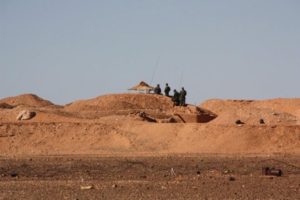 The Polisario-run Tindouf camps have started to feel the impact of the massive demonstrations organized since February 22 in Algeria, against the candidacy of President Abdelaziz Bouteflika to a fifth term despite his critical health condition and against the regime as a whole.

In addition to the unusual protests observed in recent weeks in front of the Polisario headquarters in Rabouni, the separatists’ propaganda machine is seemingly running out of steam. As an evidence to this, the separatist front’s leadership and its media relays have not even reacted to the organization of the 5th Crans Montana Forum in Dakhla on March 14th-17th as they used to do during previous editions.

As an additional evidence that a downbeat scenario is indeed unfolding in Rabbouni, a 29-year-old militiaman, who claims to be a captain and deputy commander of “a Katiba” (battalion) of the so-called “Gendarmerie of the Polisario Front”, has deserted the ranks of the Polisario armed militias.

He showed up on Monday morning at a checkpoint at the Defense Line in the area of Farcia (Oued Draa Region) and revealed his intention to rally Morocco, according to military sources.

The militiaman also said that many other Sahrawis repented and wish to flee the Tindouf camps to rally Morocco, the same sources said.

Over the past ten years or so, Moroccan authorities have halted the massive return of Sahrawis. These returns were organized under the royal motto: “The fatherland is forgiving and merciful”.

Actually, a large number of Polisario militiamen, disguised as civilians, took advantage of this forgiveness to infiltrate the southern provinces of Morocco, with the aim to sow discord, commit acts of vandalism and challenge police forces.

The implementation of Morocco’s new strategy has allowed the return to calm and serenity throughout the southern areas of the Kingdom.

However, with the winds of change blowing on the region and the bitter diplomatic failures recently suffered by the Polisario, the number of Sahrawis wishing sincerely to return to Morocco is likely to increase.