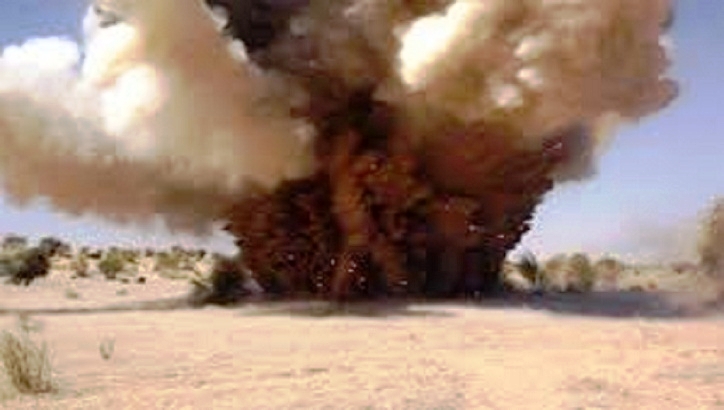 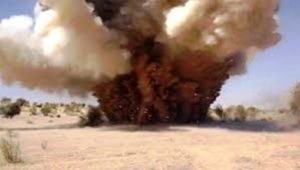 A military vehicle of the Polisario Front violated the ceasefire agreement in Western Sahara, and drove on Saturday, June 1, to Mijek buffer zone, near the Moroccan defense system. The vehicle hit an anti-tank mine, killing one militiaman and wounding two others.

One of the three Polisario militiamen, Mohamed Lamine El Jadii, a so-called “military engineering officer”, died in this incident. His co-passenger, Mahmoud Athmane Zineha, was seriously injured and evacuated aboard a MINURSO helicopter to Tindouf. He has had his leg amputated.

According to Pro-polisario media, the militiamen were dispatched to Mijek to carry out “a reconnaissance mission” for the benefit of the so-called “Sahrawi army”.

To calm the Tindouf camps inhabitants, angered by this incident, the Polisario leaders hastened to blame the incident on Morocco.

In this connection, they sent a letter to the MINURSO leader, Colin Stewart, and to the President of the Security Council, Kuwait’s ambassador to the UN, Mansour Al-Otaibi.

In this letter, the Polisario delegate to the United Nations, Mohamed Ammar, refers to “the scourge of mines in Western Sahara” and accuses Morocco of “having refused so far to sign the Ottawa Convention of 1997 on the ‘Prohibition of the use, stockpiling, production and transfer of anti-personnel mines’ and the 2008 International Convention on Cluster Munitions”.

However, he failed to mention in his letter that the incident occurred in a buffer zone in flagrant violation of the ceasefire, and in breach of the UN Security Council resolutions calling the Polisario to avoid any intrusion into the demilitarized zones controlled by MINURSO, namely Guergarate, Mijek, Bir Lehlou, Tifarité….

Actually, the Polisario leaders and militiamen believe that they are above international law and do not hesitate to resort to subterfuge, especially when tensions rise in the Tindouf camps as it is the case since new restrictions on the freedom of movement were imposed few weeks ago.