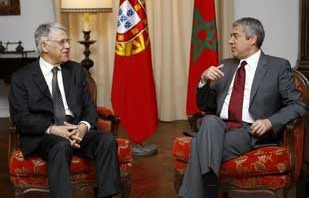 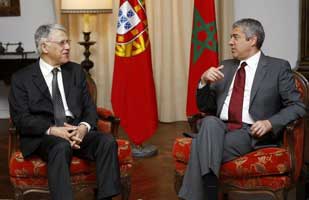 Portugal has reiterated, through his Prime Minister, José Socrates, its position in favour of a « political solution » for the regional conflict on the Western Sahara, by insisting on the fact that this solution requires  some realism and a compromising spirit from the different parties.
Lisbon greeted the « serious and credible » efforts made by Morocco to achieve a final solution to the problem, under the auspices of the United Nations, efforts reflected through the autonomy initiative for the Sahara. The position of Portugal, reaffirmed on the occasion of the Morocco- Portuguese committee meeting, on the 2nd June in Marrakech, confirms the position of the international community and the Security Council. The resolution 1920 adopted by the United Nations Organization in April 2010, reiterates precisely the attachment of the international community to the political process. A process made possible and launched by the Moroccan autonomy proposal, as a basis for credible, serious and open negotiations, in conformity with the Security Council clauses.

Facing international obvious consensus, Algeria and Polisario are confining themselves to extreme positions, overwhelmed by reality, taking advantage of the Sahrawi populations hold as hostages in the Algerian desert camps of Tindouf, for political bargaining purposes.
Nevertheless, Polisario just like Algeria, its unique political, military and diplomatic support, can not escape indefinitely from the obligation to adhere to a dynamics wanted by the international community, as a whole. They are today obliged to contribute to put an end to the Sahrawi populations’ sufferings. This population surviving since three decades in the difficult desert conditions, wishing only one thing: to return back to their homeland.