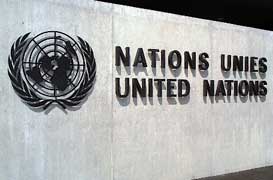 Many NGO have denounced at the UN Human Rights Council, holding its meeting in Geneva, their heartfelt preoccupations regarding the serious human rights violations committed against Sahrawis detained in Polisario camps, in Algerian territories.
Thus, thousands of Sahrawis detained by force in these camps in the Algerian desert, are deprived of their rights to express themselves and to move freely, in a flagrant violation of human rights  and the international humanitarian right, as insisted upon by these NGO, in front of the HRC holding its 14th session.
The situation of these sequestrated persons is very precarious especially that they are abandoned to the armed militia of the Polisario separatist group, in the absence of the slightest international protection and the access of UN organizations and NGO to these camps.

In front of this distress forgotten by all, some insisting calls have been reiterated to the Council to put pressure on Algerian authorities to authorize the free access of humanitarian NGO to Tindouf camps. The first objective would be to proceed to the census of a population which is taken hostage in a conflict totally made by Algiers for regional hegemony.
Moreover, many Sahrawis escaping, since months, Tindouf camps to return back to Morocco, give information about the adhesion degree of camps’ populations to imaginary aims of some separatists. These rallying Sahrawis are unanimous in pointing out their weariness regarding Polisario. They are convinced that Polisario does not defend the Sahrawis’ interests but those of Algerian generals who use it for their own regional agenda directed against  Morocco.
Sahrawis in Tindouf camps think only about escaping Tindouf hell and returning to their homeland, encouraged by the perspective of the Sahara autonomous plan implementation, which has largely been supported by the international community and the Security Council.