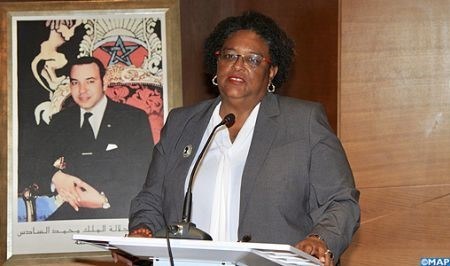 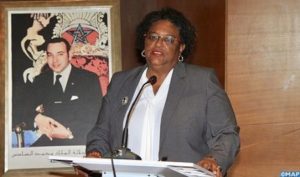 The polisario’s troubles are still not over. A week after El Salvador withdrew its recognition of SADR, the puppet republic self-proclaimed by the polisario, Barbados announced a similar decision on Friday.

Barbados’s decision was announced from Rabat during the visit of the Caribbean island nation’s Prime Minister Mia Amor Mottley, who was accompanied by Foreign Minister Jerome Walcott.

Prime Minister Amor Motteley met with Moroccan Foreign Minister Nasser Bourita, who explained that Barbados’ position is in line with international legality and the general orientation of the international community on the Sahara issue.

The same day, again in Rabat, Colombian Minister of Foreign Affairs, Carlos Holmes Trujillo Garcia, announced Colombia’s support for the territorial integrity of Morocco and the autonomy plan presented by the Kingdom to reach a realistic, political solution to the regional Sahara conflict, in accordance with UN Security Council resolutions.

These latest developments are a real black series for the Algeria-backed polisario, which has suffered successive setbacks in recent weeks in several countries in Latin America and the Caribbean.

Brazil, Chile, Dominican Republic, Suriname, have all turned their backs on the Polisario separatist movement, which has long benefited from Algeria’s ideological ties with regimes in the region.

These connivances were underlined last week by Salvadoran President Nayib Bukele, who assured that his country’s recognition of the “virtual” Polisario republic had been dictated by “ideological reasons”.