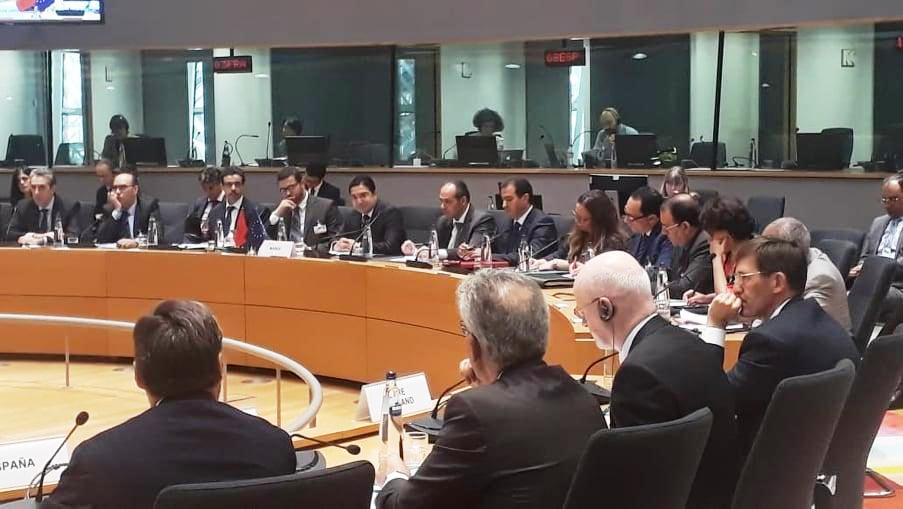 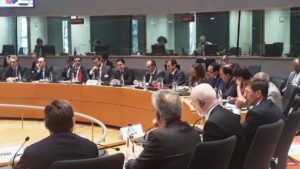 The European Union (EU) announced on Thursday in Brussels that it has “positively noted Morocco’s serious and credible efforts” in the process to find a political solution to the Sahara issue, calling on “all parties to continue their commitment in a spirit of realism and compromise.”

In the “Joint Political Declaration” adopted on Thursday in Brussels, at the end of the 14th session of the Morocco-European Union Association Council, the two sides also reaffirm their

support for the efforts made by the UN Secretary-General to continue the political process aiming to reach a just, realistic, pragmatic, lasting and mutually acceptable political solution to the Sahara issue, based on compromise in accordance with the UN Security Council resolutions, and in particular Resolution 2468 adopted last April 30.

The EU, the document adds, “takes positive note of the serious and credible efforts made by Morocco to this end as reflected in the above-mentioned resolution and encourages all parties to pursue their commitment in a spirit of realism and compromise, in the context of arrangements consistent with the goals and principles of the United Nations Charter.”

Both partners also highlight the untapped potential for growth and development which regional cooperation holds for the prosperity of the Maghreb, and convened that “resolving the disputes and tensions affecting the region would play a very positive role in this regard and would favor the development of their partnership.”

The Morocco-proposed autonomy initiative for the Sahara as an option for the final settlement of the territorial dispute between Morocco and the Polisario Front and its Algerian sponsors, is gaining more and more support around the world.

There are even countries, including El Salvador and Barbados, which, in addition to their open support for the autonomy initiative, have recently withdrawn their recognition of the pseudo-Sahrawi republic “SADR”.