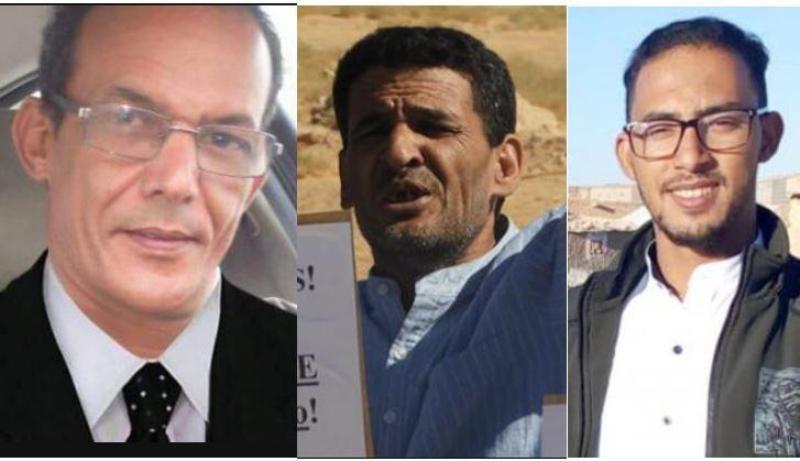 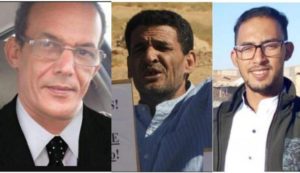 Human Rights Watch (HRW) has finally reacted on Tuesday (July 16) to the arbitrary detention of three dissidents from the Tindouf camps who face between five years to life in prison in view of the charges laid against them.

The three Sahrawi opponents, Moulay Abba Bouzid, Fadel Mohamed Breica, and journalist Mahmoud Zeidan, were arrested between June 17 and 19 and locked up in the Dhaibiya prison near Rabouni camp. They have been reported missing for several days before their place of detention was revealed.

In a statement released Tuesday, Lama Fakih, acting Middle East and North Africa director at Human Rights Watch, calls on Polisario leaders to “show credible evidence that Bouzid, Breica, and Zeidan may be guilty of genuinely criminal acts and not just peacefully criticizing the Polisario.” “If they don’t have evidence to justify criminal charges, they should release all three.”

In an e-mail received by HRW on July 15, Lama Fakih recalls, the Polisario representative to the United Nations in New York said that “the defendants remain in preventive custody under judicial investigation [for charges including] treason against the nation, acts of aggression against the Sahrawi State, sedition, vandalism, defamation and slander.” The charges carry sentences ranging from five years to life in prison. However, a month after arresting the men, the Polisario authorities have yet to divulge the grounds for the charges.

“Algeria cannot subcontract the protection of human rights on its territory and turn a blind eye if the Polisario violates them,” Fakih said.

As of July 15, the three men were detained in Dhaibiya prison outside Rabouni camp, the headquarters of the Polisario Front near Tindouf, Algeria.

Another dissident, El Khalil Ahmed, former advisor to the late Polisario leader, Mohamed Abdelaziz, in charge of human rights, has also been reported missing since his abduction by Algerian military intelligence services in Algiers in 2009.

Having failed to get any information about El Khalil Ahmed’s fate, his wife and four children decided to observe an open sit-in in front of the headquarters of the High Commissioner for Refugees (UNHCR) in Rabouni.

The family demands that the Polisario and Algeria “reveal the circumstances of El Khalil Ahmed’s disappearance” and his “immediate release” if he is still alive.