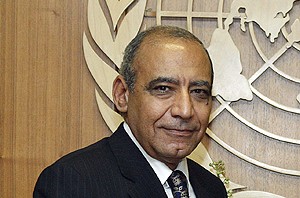 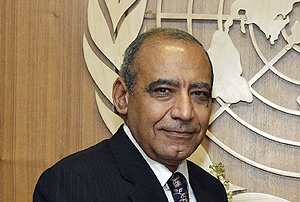 Has the special representative of the UNO Secretary General, in charge of the MINURSO, Hany Abdelaziz committed a diplomatic tactlessness in his declaration to the Algerian press during his last trip to Algeria ?
Hany Abdel-Aziz has expressed, according to the Algerian press, his “concern about the human rights situation in the Sahara”!! If it is the case, it would be an inappropriate gesture from an UN experienced diplomat (25 years of experience), who is supposed to remain totally neutral as regard to the disagreement opposing Morocco, on the one hand, and Algeria and its protégé the Polisario, on the other hand.
Upon his arrival on Thursday 22nd July to Morocco coming from Algiers, the UN representative has simply denied the words attributed to him by the Algeria and the Polisario media. Hany Abdel-Aziz who has also stopped over at Tindouf, has also maintained that his declaration was not faithfully translated, before explaining that the term “concern” is a vague expression and that he is unable to be acquainted with the facts of the matter. “I am not in charge, in conformity with UN Security Council resolution 1920, of these questions”, has he declared.

For further clarifications, Ban Ki-Moon representative has added that his answers to the journalists’ questions in Tindouf camps, were made within the limit of the mission he is in charge of. To moderate the tension, Hany Abdel-aziz said to be sharing with the parties concerned with the Sahara issue, their feeling of frustration, “since we do not make progress at the MINURSO”.
Hany Abdel-aziz thought these clarifications useful since, according to him, some persons and executives there (in Algiers and Tindouf) did not understand the meaning of the message he carries, that is “we want to go further, we want to put an end to this problem to be able to put also an end to this mission and restore fraternity as it should be between brothers”. As a reminder, Hany Abdel-Aziz has started his career at the UN in 1981 as an Arabic interpreter in Geneva and he also speaks fluent French and English.