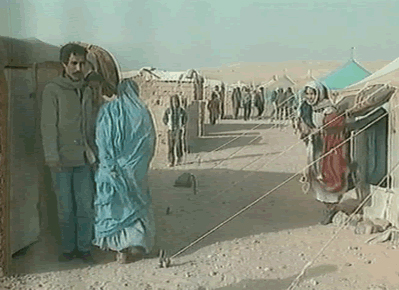 Fatah Ahmed Ould Mohamed Fadel Ould Ali Salem, former Polisario executive, who has recently left Tindouf camps and joined Morocco, told the BBC channel, in a remarkable media declaration, that the autonomy plan for the Sahara proposed by Morocco has spurred an unprecedented debate among the Sahrawis in Tindouf camps.
In Tindouf, Sahrawis are aware that they are simple figures in the Algerian political calculations in the region. This is why they see in the Sahara autonomy, a serious political and well-balanced project, able to reach a solution for a conflict artificially supported by Algiers and its auxiliaries from the Polisario. Besides, the autonomy proposal has stressed the crisis of confidence between the Sahrawi population and the Polisario leadership.

In fact, the latter founds it more and more difficult to convince the Sahrawis of its unrealistic claims, has said the former Polisario executive on the London channel. Calm, Ould Ali Salem has declared his convictions on the autonomy plan relevance, especially, when he became aware of the Polisario reality and its objectives which were behind its creation. The Algerian executives, has he said, were always present in all the Polisario decisions. Likewise, Algeria is far from being a simple hosting country for the Sahrawis as its leaders pretend. The Sahrawis are detained against their will in Tindouf camps to serve Algiers’ political calculations in the region.
Thus, the mass return to Morocco of a great number of Sahrawis from Tindouf during the last months, should be considered from this point of view. The one of the Sahrawis’ awareness about the triviality of separatists’ claims defended by the Polisario and its silent partners in Algeria, has insisted Ould Ali Salem in his declaration to the BBC.