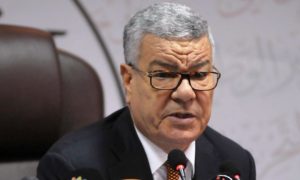 The Polisario leaders are stunned by a hard blow they have just been dealt! This time the blow came from inside Algeria when former secretary general of the ruling FLN party, Amar Saadani, said “the Sahara is Moroccan. That’s the base fact.” “The money paid to the Polisario, with which its members have wandered for fifty years in luxury hotels, must return to Souk Ahras, El Bayadh, Tamanrassset and other (Algerian) cities,” he added.

In an interview with the Algerian online media outlet TSA, Amar Saadani, known for being an outspoken politician who does not mince his words, said the Sahara “was snatched from Morocco at the Berlin Congress. Also, I think that Algeria has paid, for fifty years, huge sums to what is called the Polisario.”

The former leader of the Algerian historical FLN party who deemed that “the relationship between Algeria and Morocco is greater than this (Sahara) issue,” added, “I think that the issue of the Sahara must end and that Algeria and Morocco must open their borders and normalize their relations.”

For him, all conditions are met to revive the Maghreb unity. “The situation is favorable because there is the election of a new president and a system change in Tunisia; Algeria is moving towards an election and a system change; Libya also is undergoing a transformation.”

“All of this can help revive Maghreb unity as desired by veterans of the FLN and all the nationalist parties in Morocco, Algeria, Tunisia and across North Africa,” insisted Amar Saadani making it clear that it is his own opinion, “even if this must upset some”.