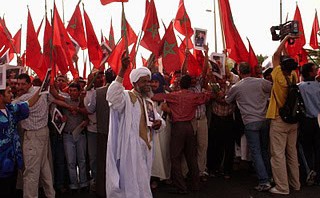 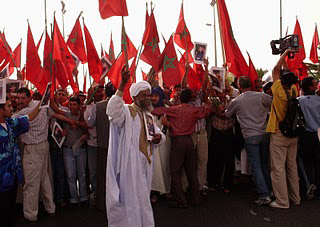 Systematic torture undergone by Moroccan citizens sequestrated in Tindouf can not remain without prosecution. For these reasons, a movement dedicated to defending the territorial integrity of Morocco, decided to sue the Algerian State before the international justice for being responsible for the elimination of many Moroccan prisoners in known prisons or secret detention centers in Tindouf. The movement also blames the Algerian Government for its responsibility in the abuses inflicted on war prisoners, in flagrant violation of the Geneva Convention. The international community is constantly solicited by the national network of associations on the violation of human rights and the deterioration of the situation and living conditions of the Sahrawi population in Tindouf camps.

The International Movement for the completion of the territorial integrity of Morocco has called for opening an international investigation on flagrant violations of prisoners’ rights in Tindouf camps in the South-West of Algeria. At a meeting held on Saturday, August 28th, in Casablanca, members of the Executive Board of the movement have, on the other hand, expressed their support to Morocco’s efforts including the autonomy plan for the Southern Provinces as the ultimate solution for settling this artificial conflict that has lasted more than three decades.
They also stressed, at the meeting organized in collaboration with the Association for the Defence of Moroccans Expelled from Algeria (ADME), on the movement’s support to the Moroccans deported from this country during the 1970s, so they can recover their rights and their property. Moreover, they expressed that all the manoeuvres of the Algerian authorities to take the minds off this case will not succeed and that such expulsions are a crime that would be tormenting the victims for a long time.