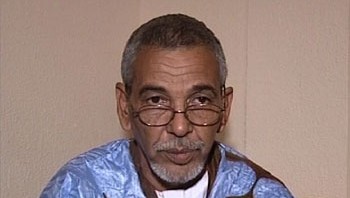 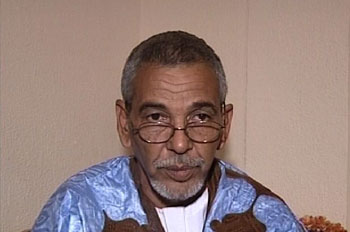 The huge number of Sahrawis having escaped from Tindouf camps to return to Morocco since the beginning of this year, is in itself an expression that the besieged population has had enough and that they believe in the Moroccan proposal for autonomy. The testimonies collected from the rallying people confirm that the vast majority of the Sahrawis in Tindouf camps are only waiting for this opportunity to return to their motherland. A former official from the Polisario Front, belonging to Laaroussyine tribe, who has recently joined Morocco, provided the press with an overwhelming testimony about the living conditions in Lahmada camps and the deceits of the Polisario.
A native of Tichla in the South of Dakhla, Ahmed Ould Sidi Ahmed Ould Salak Ould Akmach who, before escaping from Tindouf, was the manager of the health centre in the camp called “Wilaya Dakhla” and then member of the Sahrawi National Council (parliament) and the permanent office of the Sahrawi Consultative Council (Instance of Chioukhs). It is with regret and bitterness that the former head of the rebel movement has given his testimony to the MAP (Maghreb Arab Press agency), telling that the Moroccan autonomy proposal which is guaranteed by the United Nations and several major nations, has been favourably welcomed by the Sahrawis living in Tindouf. He added that even if the latter believe strongly in this proposal, they, however, can not openly express their choice for fear of reprisals from the Polisario armed militias.

On this occasion, he has launched an urgent call to the United Nations and all its agencies, asking them to put pressure on Algeria and the Polisario leadership to raise the siege set over thirty years ago, to enable our families in Tindouf to freely express their opinions. Regarding the number of Moroccan Sahrawis detained in the camps, Salak Ould Akmach recalled that for years, the Polisario and Algeria have been misleading the international community on the actual number of this population that, he said, hardly exceeds 45.000 persons. Contrary to this reality, the Polisario and Algeria show no hesitation in communicating the fictitious figure of 165.000 persons. And for that reason, he said, they have always refused to the High Commissioner for Refugees (UNHCR) the possibility of achieving an unbiased census of the population, for fear that their deceit be revealed and the volume of international aid, diverted to their own advantage, be drastically decreased.