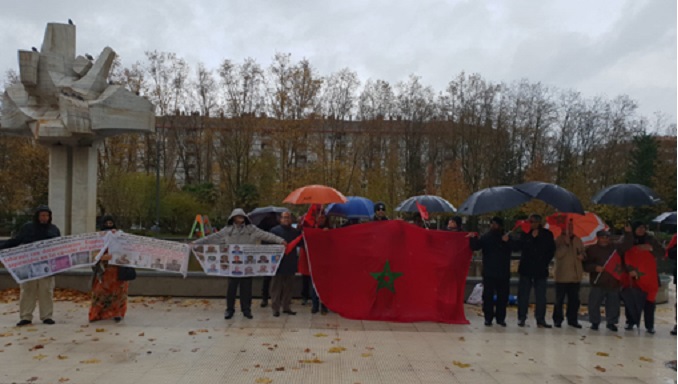 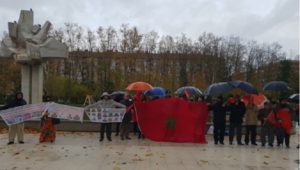 A delegation of civil society activists from the Moroccan Southern provinces met on Tuesday (Nov.19) in Vitoria Gasteiz, Basque Country in Northern Spain, with the Ombudsman of the Basque Autonomous Community, Manuel Lazertura Rodriguez.

The delegation members, all victims of abuses they suffered in polisario jails, exposed their cases and those of their families and relatives, showing files, photographs and documents evidencing the ordeal they went through.

During the meeting, Rodriguez denounced the crimes and abuses committed by the Polisario against the Sahrawi populations sequestered in the Tindouf camps in Algeria.

The delegation members requested the Basque people’s advocate to investigate cases of torture and enforced disappearances perpetrated by the Polisario in the Tindouf camps and to prosecute the crimes perpetrators.

The Ombudsman praised Morocco’s efforts to reach a solution to the artificial regional dispute over the Sahara, underlining that the autonomy initiative put on the table by the Kingdom is an ideal solution to this issue.

The visiting delegation members held separate meetings with the Speaker and Members of the Regional Parliament of the Basque Country who have also vigorously denounced the gross human rights violations perpetrated by the Polisario against the Sahrawi populations sequestered in the Tindouf camps, in Algeria.

Members of the Regional Parliament’s Human Rights Committee, Gloria Sanchez Martin and Miren Gallastegui Oyarzabal, welcomed the visit by the Moroccan delegation as it allowed them to get firsthand information on the serious human rights abuses and crimes committed by the Polisario.

“The overwhelming testimonies presented to us by the delegation members, who are themselves victims of the polisario-committed crimes, allowed us to become acquainted with the various forms of torture and their impact on the lives of the victims, as well as the many cases of disappearance and abuse committed by the separatists,” Mrs. Sanchez Martin said.

On Wednesday (Nov.20), Spanish expert, Ignacio Ortiz Palacio, made a presentation at the “Europa” Congress Palace in Vitoria Gasteiz on the blatant violations of human rights perpetrated by the Polisario against the Tindouf camps population.

In his presentation that attracted large and diverse audiences, Ignacio Ortiz Palacio, who is vice-president of the Canary-Sahrawi Forum, highlighted the responsibility of Algeria in these human rights violations.

Algeria is to be held accountable as under international law it has the duty to protect the rights of all persons on its soil, including those confined in the Polisario-run Tindouf camps, Ignacio Ortiz Palacio said.