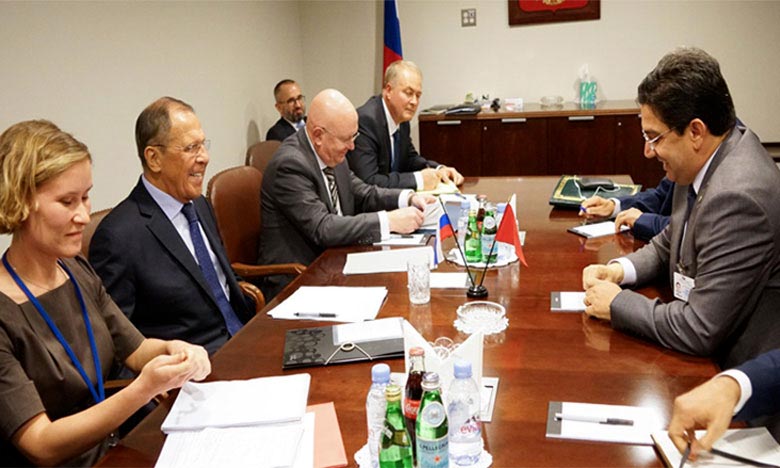 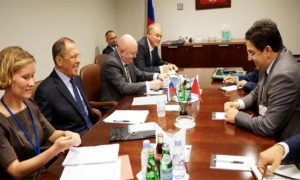 Russia is ready to deepen political dialogue with Morocco for the resolution of the Sahara conflict, Russian foreign minister Sergei Lavrov told Moroccan peer Nasser Bourita in a telephone conversation.

During this phone conversation, Mr. Lavrov reaffirmed to his Moroccan peer Russia’s readiness to “deepen political dialogue with Morocco on international and regional issues including the settlement of the Western Sahara issue”, says the Russian foreign Ministry in a statement released Tuesday.

The two ministers also discussed ways to strengthen bilateral relations and the upcoming meeting of the 8th Joint Intergovernmental Committee for economic, scientific and technical cooperation, due in Moscow, added the statement.

It should be noted that Russia takes a mixed stand on the Sahara issue in order to preserve both its economic & financial interests with Algeria, 1st buyer of Russian weapons and with Morocco, which remains a strategic partner of Moscow.

It is in this context that Russia has chosen to abstain, as it has done in the past, like South Africa, a major ally of Algeria and the Polisario, during the Security Council’s vote on Resolution 2494 which renewed MINURSO’s mandate for one year.

Russia was the only permanent member of the Security Council that abstained so as not to irk Algeria, the main supporter of Polisario at the United Nations and elsewhere.

However, Morocco’s growing rapprochement with president Vladimir Putin and its efforts to convince the Russian leaders to reduce their commitments to the Polisario Front, are starting to bear fruit.

It should be recalled in this regard that the Russian Presidency had not invited the Polisario to the first Russia-Africa Summit held last Oct. 22-24 in Sochi. Furthermore, Moscow has observed, for a long time, a timid neutrality in the Sahara issue.