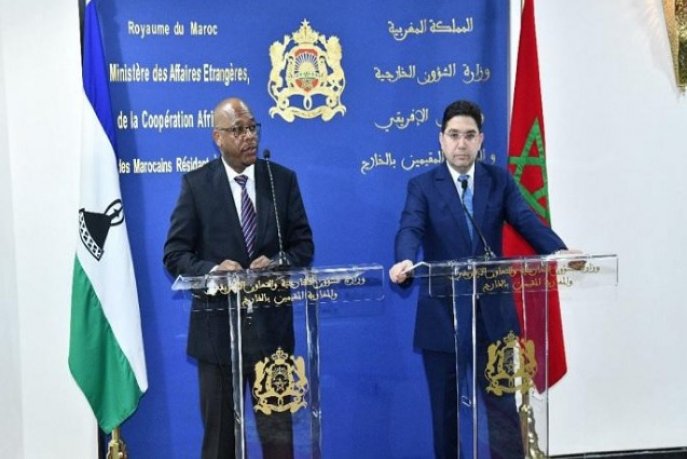 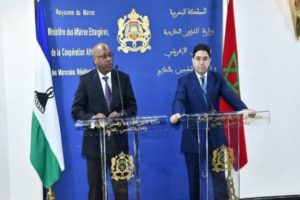 The Kingdom of Lesotho has decided to suspend all its former decisions and statements related to the Sahara and the so-called Sahrawi republic “SADR”, pending the outcome of the UN settlement process, said on Tuesday in Rabat, Minister of Foreign Affairs & International Relations, Lesego Makgothi.

Lesotho also is committed to “actively support the UN-led political process as a multilateral framework to find a realistic, practicable and enduring political solution to the Sahara issue”, he added.

Speaking at a press briefing after meeting his Moroccan peer Nasser Bourita, Lesotho’s top diplomat said his country is also committed to a position of “neutrality” in the Sahara conflict, affirming that “this stand will be observed in regional, sub-regional and international meetings”.

Mr. Lesego Makgothi affirmed that his country’s new position will be communicated to member countries of the Southern African Development Community (SADC) and the African Union (UA).

Henceforth, “any different statement or document, be it before or after this official position, will be null and void”, he stressed in his remarks, dealing a hard blow to the Polisario and its sponsors.

He also recalled that Lesotho had already announced in a diplomatic note dated 4 October 2019, its sovereign decision to suspend all its decisions and statements related to the Sahara and “SADR”.

Makgothi, who “regrets” that this stand “has been subject to some misunderstandings”, said he “is now in Morocco to confirm and clarify” his country’s position.

For his part, Nasser Bourita hailed the first visit paid by a Minister of Foreign Affairs of Lesotho to Morocco. This “important” and “historical” visit provides the necessary clarifications regarding Lesotho’s stand on the Moroccan Sahara issue and on bilateral relations.

During this trip, Morocco and Lesotho decided to open embassies in Rabat and Maseru soon to strengthen cooperation between the two countries and to prop up the new page opened in relations of the two African States.