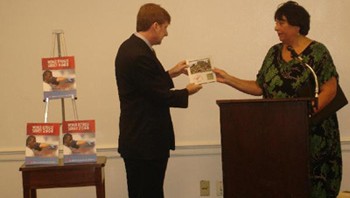 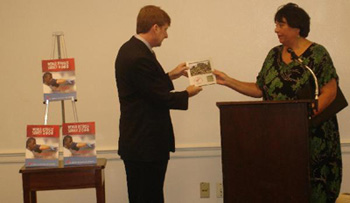 Reception conditions and reintegration of Sahrawis who have fled the sequestration camps of Tindouf to stay in Morocco, their country of origin, are triggering the Americans’ interest.
The Members of the U.S. Committee for Refugees and Immigrants (USCRI) have, these recent days, stayed in Dakhla, where they made contact with the Sahrawis who recently joined Morocco from Tindouf, and with the local authorities in the city. They were given explanations on the measures and programs implemented by the regional committee in charge of receiving the rallying people, to help improve socio-economic integration of Sahrawis in Tindouf and in the labour market.
The officials of the USCRI were also informed about the experience of these people in creating projects and income-generating activities in different sectors, and their active role in the civil society and the management of local issues. Some of these rallying people have provided the USCRI delegation with their testimony on the precarious living conditions, sufferings and atrocities inflicted by the Polisario armed militia to the civilian populations of the Polisario in Tindouf camps.

They also gave testimonies about the misappropriation of international humanitarian aid, committed by the leaders of the separatist movement with the complicity of senior Algerian officials.
The USCRI is a non-profit NGO, presided by Lavinia Limon. The latter is an activist since 1911, in actions in favour of refugees, immigrants, asylum seekers and displaced persons. The USCRI had itself condemned these misappropriations in a report presented in October 2009, in Washington, noting that the World Food Program by itself provides rations to over 125.000 people, while the population in the camps does not exceed 90.000 people at best.
In its report on human right violations against the sequestered people in Tindouf camps, the USCRI also stigmatizes Algiers’ refusal to allow a population census in Tindouf and its standing against free movement of Sahrawis in Tindouf camps and against the family visit exchange program, led by the UNHCR, between Tindouf camps and the Southern provinces of the Kingdom.