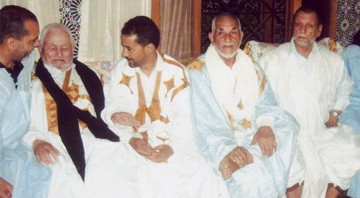 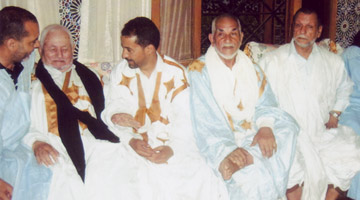 A thunderous and scandalous arrest is that of Mustapha Salma Ould Sidi Mouloud, inspector general of the Polisario police, who was arbitrarily abducted by the separatist movement armed militias. The return of this official to Tindouf camps, where his wife and children were waiting for him, has caused an ambiance of utter confusion among the Polisario leadership and the Algerian intelligence services who didn’t known what attitude to adopt towards the case of Salma. His arrest did not happen without being noticed. On the contrary, statements and calls  from everywhere, were either denouncing this illegal and unjustified act, or  simply asking for the release of Mustafa Salma. After being arrested on Tuesday, September 21st at a border point leading to Tindouf camps by the Polisario people, he was handed over to some agents from the Intelligence and Security Department (DRS – Algerian military intelligence service) who led him to a secret prison. It is in this context of utter confusion that the chioukhs and notables of the Rguibat and Aït Lahcen Sahrawi tribes launched on Wednesday, September 22nd from Laayoune, a call to the human rights organizations, asking them to immediately intervene for the release of Mustapha Salma Ould Sidi Mouloud.

They argue that Algeria must assume its responsibilities as a host country of the Tindouf camps in order to assure the protection of Mustafa Salma and to ensure the respect of his right to freely express his opinions and to be able to get in touch with his family in Tindouf camps.
They have, moreover, strongly denounced the way he was kidnapped in Mhiriz while he was coming from Mauritania to Tindouf, and denounced his imprisonment in order to silence him and thus prevent him from freely expressing his positive position about the Moroccan autonomy project for the Sahara. For the chioukhs and notables of Aït Lahcen tribe, this kidnapping is a flagrant violation of free expression and denotes the systematic repression by the Polisario gang against all those who dare to keep away from the single thought prevailing in Tindouf camps.