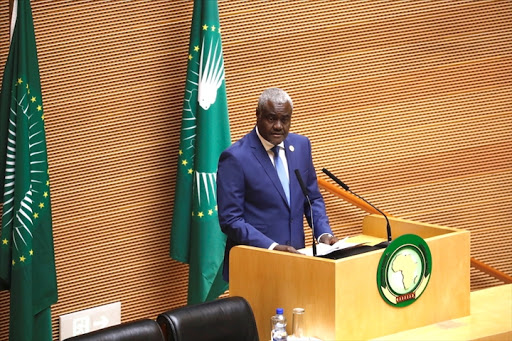 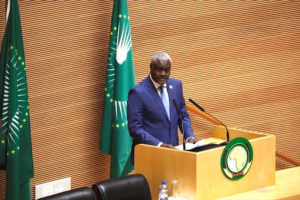 The 33rd African Union (AU) summit, convened in Addis Ababa, has once again reaffirmed the UN exclusive right and role to settle the Western Sahara conflict, dealing another hard blow to the vain attempts of the Polisario and its Algerian sponsors to involve the AU in this issue.

This clear stand was confirmed during the opening ceremony of the Summit by Chairperson of the AU Commission, Moussa Faki Mahamat who said in his speech that in conformity with decision 693 of the AU Summit held in Nouakchott, a Troika has been set up to provide efficient support to the UN-led process, which is the framework voluntarily chosen by the parties for a lasting political solution to the territorial dispute over the Western part of Moroccan Sahara.

Decision 693 of the Nouakchott Summit had reaffirmed AU’s support to the UN process to find a mutually acceptable political solution to this regional dispute.
For his part, Morocco’s top diplomat Nasser Bourita, who attended the Addis Ababa summit, insisted on the exclusivity of the UN in finding a political settlement to the Moroccan Sahara issue.

However, the Polisario Front and Algeria pin high hopes on the South African President, Matamela Cyril Ramaphosa who took over the AU rotating chairmanship from his Egyptian peer, to reverse the trend and involve more the African organization in the Sahara issue after the series of bitter setbacks they suffered at the United Nations and on the international diplomatic scene.

The Polisario leadership was pushing, with the support of Algeria, to remove this dossier from the UN framework in a bid to put it in the hands of the African Union, counting on the backing of a handful of African countries for its “independence claims”. But this new maneuver failed and the leaders of the Sahrawi separatist Front got their backs against to the wall.