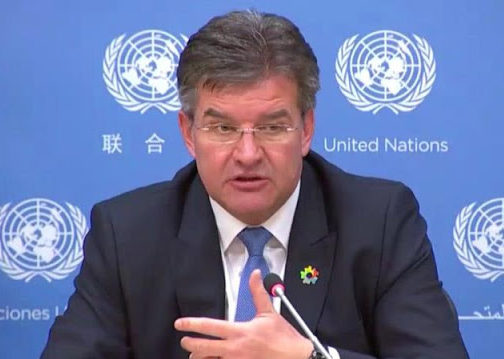 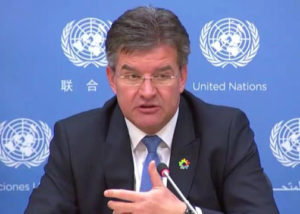 Slovakia’s Foreign Minister Miroslav Lajcak is strongly expected to be named the next personal envoy of the UN Secretary General for the Sahara, replacing German Horst Köhler, who resigned from his post last May.

The nomination of the Slovak official should be confirmed in the coming weeks, unless one of the parties to the conflict objects, said on Wednesday French news agency AFP, citing diplomatic sources.

The UN Sahara envoy is named after consultation and consent of all parties to the Sahara conflict: Morocco, Algeria, Mauritania and Polisario.

If confirmed in this position, the Slovak minister, who has already presided over the UN General Assembly from September 2017 to September 2018, will have the difficult task of relaunching the talks between the parties to the conflict, which have not so far yielded any consensual solution.

The post of UN special envoy for the Sahara has remained vacant since May 2019 following the resignation of former German President Horst Köhler due to “health reasons”.

The German mediator had managed to bring together in Geneva, in December 2018 and March 2019, the four parties to the Sahara conflict.

All former UN envoys for the Sahara have failed to reach a final and consensual resolution to this territorial dispute which has been lasting for more than four decades, due in particular to the stubborn and intransigent stand of the Polisario, supported by the Algerian government.

The separatists continue to cling to the outdated option of “self-determination referendum”, which has long been excluded from the UN discussions because it is impracticable due to the tribal nature of the Sahrawi populations.

While the Sahrawi separatist front has not changed its position, Morocco has made numerous concessions, including the broad autonomy plan offered in 2007 for Western Sahara under its sovereignty.

The plan has been welcomed as “serious and credible” by the UN and its Security Council, but the Polisario Front continues to reject it, in compliance with the orders of the Algerian rulers who are trying to impose their hegemony on the North African region, an elusive dream they have been pursuing since the Cold War era.