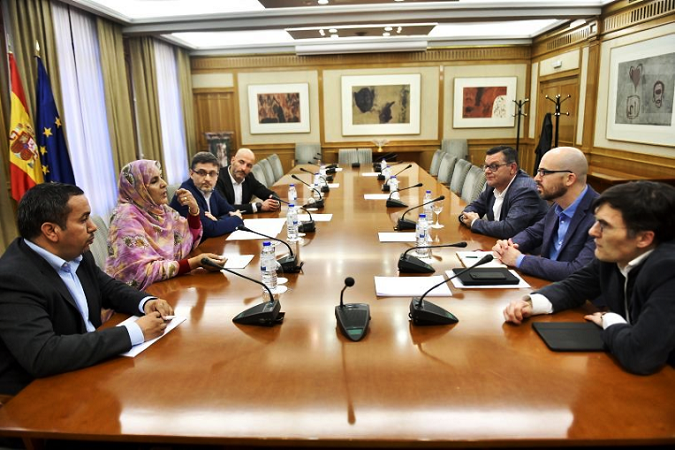 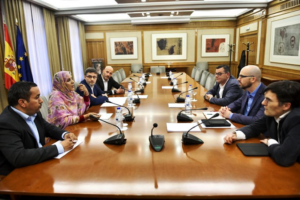 Nacho Álvarez, Spanish Secretary of State for Social Rights and senior official of the far-left Podemos party, was admonished after posting a tweet on Friday (Feb.21) on the official account of his department about his meeting with the so-called “minister of social affairs and promotion of Women” of the Polisario, Souilma Birouk.

Two days after this scandal, Nacho Alvarez was scolded by the Spanish foreign ministry and he deleted his tweet in which he committed to continue “to cooperate in relief aid for the disabled” and his “solidarity with the Sahrawi people.”

Alvarez removed his tweet after the telephone conversation Moroccan Foreign Minister Nasser Bourita had on Sunday with his Spanish peer Arancha Gonzalez.

The top Spanish diplomat reaffirmed on this occasion that “Spain does not recognize the SADR”, and that it “supports the efforts of the UN Secretary General to achieve a peaceful solution within the frame of UN Security Council resolutions”.

The remarks made by Alvarez on this subject-matter “do not reflect the position of the government”, added Mrs. Gonzalez, stressing that “Spain’s position on Western Sahara has not changed. It is a State policy”.

Nacho Alvarez was also reprimanded on Monday by the leader of his own Podemos party, Pablo Iglesias, in an interview with Spanish public TV channel “RTVE”. Pablo Iglesias urged the member of his party to abide by the official stand adopted by Spanish State on the Sahara issue, distancing himself from his comrade Alvarez.

The Polisario leaders, who counted on their traditional Podemos support to change Madrid’s official pro-Moroccan position, were simply given a cold shower.