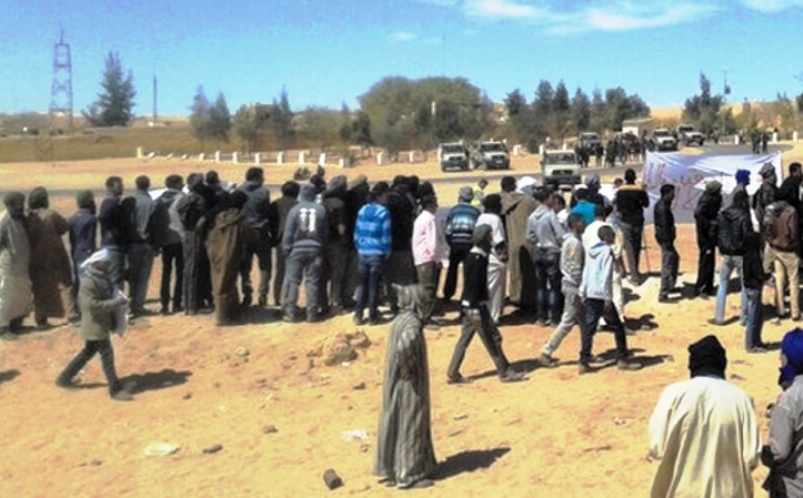 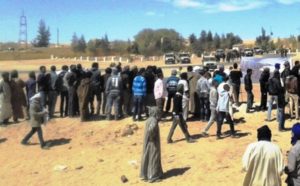 The Sahrawis, sequestered for more than four decades in the Tindouf camps, will stage a sit-in in front of the Polisario Front HQ in Rabouni camp on Monday (Feb.24 ) to demand freedom of movement and respect of the right to free movement.

Since the start of the Hirak in Algeria last year, Polisario leaders have drastically reduced, on orders of the Algerian authorities, exit permits issued for cars and other vehicles transporting people and goods.

Furthermore, the Algerian security deployed around the Tindouf camps has been significantly strengthened to prevent, according to well-informed sources in Rabouni, weapons circulating in Tindouf camps from being transferred to other parts of Algerian territory or to neighboring countries in the Sahel.

Following the tightening of the blockade, food and fuel prices soared to unprecedented levels and paralyzed the activity of smugglers who regularly supplied the shops in the camps.

Moreover, the numerous protests organized by local shopkeepers were violently suppressed by armed Polisario militias who used tanks and military vehicles to intimidate the protesters.

The living conditions of the populations in the Tindouf camps are deteriorating due to a drastic drop in international humanitarian aid, which is delivered intermittently to poor families.

This situation has weakened further the Polisario leaders, already suffering from the serious diplomatic setbacks in their showdown against Morocco over Western Sahara. Yet, the Algerian-backed separatist group continues to cling to an unworkable and unrealistic self-determination referendum, and to stubbornly reject the Moroccan offer of broad autonomy in Sahara.