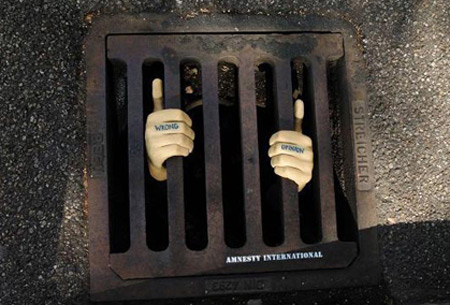 Kidnapping Mustapha Salma Ould Sidi Mouloud by the Polisario armed militias and taking him to an unknown destination continues to cause deep concern among many human rights NGOs. After Human Rights Watch which called for the immediate release of the Sahrawi official, it is Amnesty International (AI), based in London, which takes the stage to express its serious concerns about the fate of Mustapha Salma and called the Polisario to clarify his legal status and to specify his place of detention.
Warning the Polisario leadership against possible reprisals or arbitrary detention towards Mustapha Salma, Amnesty International fears that his being taken in for questioning has no motive but the support he has shown for the Moroccan position about the Western Sahara conflict. In such a case, Amnesty plans to consider Ould Sidi Mouloud as a prisoner of conscience.

The International Organization for the defense of human rights also states to have been informed by Mohamed Cheikh Sidi Mouloud, Mustapha Salma’s brother, that his family members were verbally informed that he would be court-martialled within the twelve days to come. Considering further that Mustapha Salma has done nothing wrong but expressing himself freely and peacefully, Amnesty International is simply requiring his release. It reaffirms his right to have access, with immediate effect, to a lawyer, to his family and to all the medical care he might need. The international NGO also reconsiders the misadventures of the two Moroccan journalists of the weekly “Assahara Al Ousbouiya”, Lahcen Tigbadar and Mohamed Slimani, who were manhandled and prevented by the security services and the Algerian intelligence from ensuring the media coverage of Mustapha Salma Ould Sidi Mouloud return to Tindouf camps.
According to Amnesty, the two Moroccan journalists have been submitted upon their arrival at the Tindouf-city airport, to an interview before obliging them to be in an under house  until their deportation from Algeria on September 22nd. Algeria and the Polisario leaders put themselves  in a mess from which it is difficult for them to get out safely.