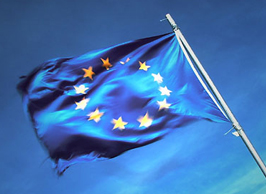 The case of the Polisario dissident, Mustapha Salma Ould Sidi Mouloud, arrested and detained in a secret  place since the 21st September, has arrived on the European institutions’ desk. Morocco has asked the European Union to intervene with Algeria to assure the protection of Mustapha Salma, detained by the Polisario on the Algerian territory. The Polisario official has been arrested for having simply expressed his support to the Moroccan autonomy plan for the Sahara and deciding to explain its far-reaching to the Sahrawi populations, packed in Tindouf camps, in Algeria. Morocco has insisted so that Algeria, which has an association agreement with EU, assume its legal, political and moral responsibility to guarantee the physical integrity and dignity of Mustapha Salma and members of his family. Algeria’s responsibility comes from its international obligations as a hosting country of these Sahrawi populations in Tindouf camps, has pleaded the Ambassador representing Morocco at the EU. This responsibility extends to protection, security, freedom of liberty, freedom of expression, getting access to justice and non discrimination. Such rights are guaranteed notably by Geneva Convention of 1951 about refugees status, from which the Polisario dissident Mustapha Salma did not benefit.

As a proof that the case of Mustapha Salma is arbitrary, his arrest and detention have been immediately condemned by all international NGOs defending human rights, namely the Human Rights Watch and Amnesty International which have asked for his immediate release and made Algerian authorities responsible for his security.