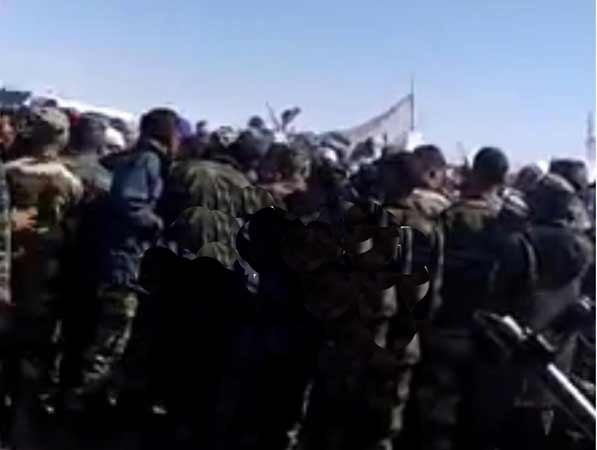 The « Smara camp » has been lately the scene of mutiny and violent clashes between Polisario armed militiamen and demonstrators from the Ouled Tidrarine Tribe.

An element of the Polisario militia was killed under the tires of a Toyota vehicle. Several stone-throwers were arrested after clashes with the militiamen.

The demonstrators were mainly denouncing the involvement of polisario leaders in the escape of two murderers of Oulda Ould Boukhari Bamba, a member of the Oulad Tidrarine tribe.

The family of the victim accuses the Polisario leaders, and especially Brahim Ghali, of having organized and facilitated the escape of the killers.