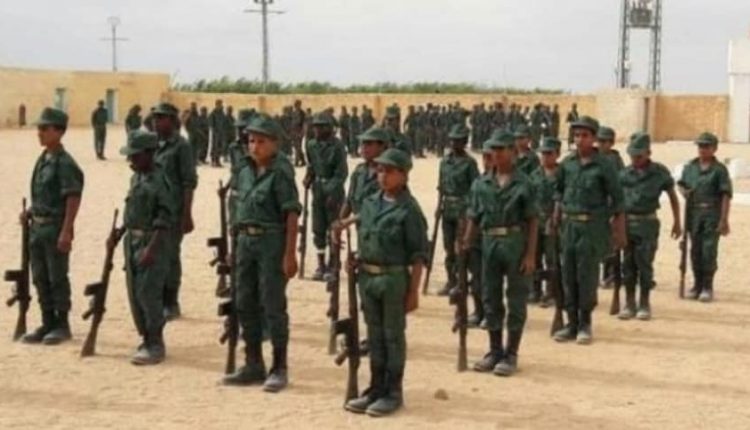 The Polisario militias continue to recruit children and adolescents in the Tindouf camps. For the international opinion, these are mere scouts. The reality is different. No scout wears a military fatigue, participates in military exercises and marches among the Polisario mercenaries.

Yet, very few NGOs and international bodies express concern or denounce this crime against child’s rights.

The same indifference is shown towards the appalling situation in the Tindouf camps, where tribal uprisings take place regularly. But regularly, these uprisings are violently crushed by the polisario militiamen.

The “SADR” (Sahrawi democratic Arab republic) was created on lies and manipulations to serve the interests of certain Algerian elites and the hegemonic agenda of Algeria.

Besides, Algerian leaders who do not hide their hatred for Morocco also wanted to disturb the peace and serenity of the neighboring country and are therefore a stakeholder in the Sahara problem that they created.

Unfortunately, in their scheme, they have destroyed generations of Moroccan Sahrawis, trapped in the Tindouf camps.

They forgot that Morocco had supported Algeria in its independence struggle. However, the Moroccan eastern city of Oujda still remembers it was the rear base of the Algerians fighting against colonialism.

Hundreds of Moroccan citizens have lost their lives or their loved ones since Emir Abdelkader….