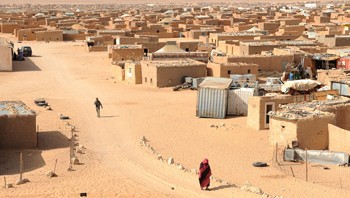 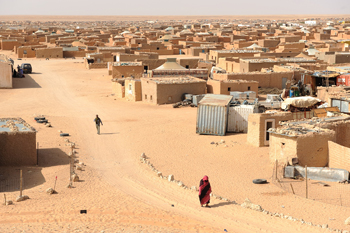 Tension is still increasing in Tindouf camps, after the kidnapping, on last September 21st, of Mustapha Salma Ould Sidi Mouloud. Discomfort became apparent in the camps, where the political as well as social situation has deteriorated. The kidnapping of Mustapha Salma, head of the Polisario police and member of the Reguibate powerful tribe, came to shed lights on both the fragrant violations of human rights in Tindouf camps and on the inhuman practices prevailing on the Algerian soil. The case of Mustapha Salma, currently imprisoned in a secret place, received strong echoes in the national and foreign media and is closely followed up by most international NGOs experienced in defending human rights.
The expected return of Mustapha Salma in Tindouf camps, that ended badly, has only revived tensions both within the civilian population and among the Polisario leaders. One of the former Polisario executives who joined Morocco, referring to his contacts in Tindouf, stated that the crisis is in full swing in Lahmada camps. All the ingredients of a social and political unrest are gathered there.

Among the visible signs of this crisis, is the Polisario recent decision to postpone sine die its thirteenth congress. The Polisario has also suspended, without notice, the exchange of visits between Sahrawi families from both sides, supervised by the UNHCR. Finally, the mass escapes from Tindouf of young Sahrawis who no longer seem to be seduced by the bygone doctrines of the separatist movement, nor even by extended journeys of indoctrination and recruitment in the Cuba Island. At the international level, a growing number of States withdraw their acknowledgment of the ghostly Sahrawi Republic “SADR”, which irritates the Algerian authority and puts Mohamed Abdelaziz and his teammates in an uneasy situation. Everyone in Tindouf camps, civilians and officers are on alert. An environment of mistrust and suspicion is prevailing in Lahmada now, where we talk even about an explosive situation.