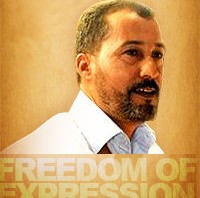 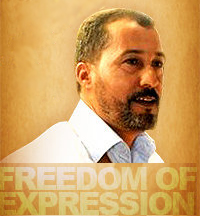 Pressure finally paid off. The exceptional mobilization that followed the arrest of the Polisario dissident, Mustapha Salma Ould Sidi Mouloud, has given its results, with the announcement on Wednesday, October 6th of his release.
Thus, the release of Mustapha Salma, two weeks after his kidnapping by the Polisario and his secret detention in the Algerian territory constitutes a clear admission of his arbitrary and unjustified arrest.
In this issue which was internationally and largely echoed, the enormous pressure that was continuously exerted on the Polisario and Algeria for two weeks was untenable. The arrest, on 21st September of the Polisario police chief for having publicly supported the Moroccan proposal for autonomy in the Sahara, had triggered a wave of unanimous disapproval.
Whether at the official level or concerning the initiative of Moroccan and international NGOs, or even under pressure from international human rights organizations, the pressure was at the level of an arbitrary and unfair act.
At present, we remain vigilant, and the impetus of international NGOs mobilization must prevail, especially by the High Commissioner for Refugees. UNHCR, directly concerned in this issue, is called upon to assume its responsibilities by ensuring, in particular, that Mustapha Salma be able to enjoy full freedom of movement and his right to free expression of his political choices.

It is particularly urged to guarantee for the Polisario dissident the right to visit his family wherever they are, including in Tindouf camps on the Algerian territory where his wife and children are living.