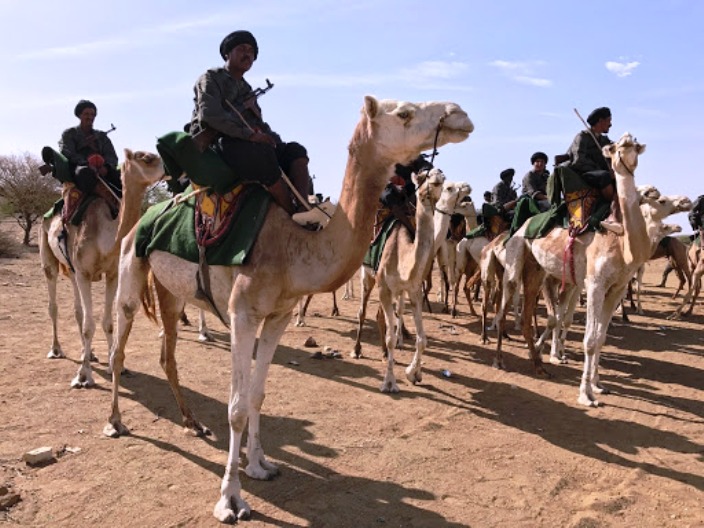 More and more Sahrawis from the Tindouf camps are trying to flee to northern Mauritania to avoid coronavirus infection and the growing food shortages in the camps and other nearby locations close to the security wall.

In recent days, many Sahrawi families have escaped from the Tindouf camps and headed to the so-called “liberated territories” (buffer zones), east of the berm, before driving to the Mauritanian wilayas of Tiris Zemmour, Adrar and Dakhlet Nouadhibou, said Mauritanian media.

However, most of these fugitives were intercepted by Mauritanian soldiers who forced them to turn back to Tindouf. This was the case of a group of Sahrawis, including women and three children, who tried on Tuesday to sneak into the town of Zouerate aboard their vehicle but they were intercepted and expelled to Algerian territory, according to Mauritanian press reports.

Two days earlier, two women and a child from the Tindouf camps were arrested by the Zouerate police and handed over to the Polisario armed militia, the media reported, adding that two other escapee families were intercepted at the border crossing point of Oum Grine.

The closure of the land border between Algeria and Mauritania over fears of Covid-19 pandemic has made it difficult for Sahrawis of Tindouf to cross to Mauritania where they used to sell their goods, including fuel and smuggled products.

The coronavirus pandemic and the lack of food aid have deteriorated the living conditions in the Tindouf camps and forced their inhabitants to flee their unbearable situation and hardship.

Furthermore, with the sharp drop in oil prices, the Algerian government, the main provider of funds to the Polisario, has stopped its aid.