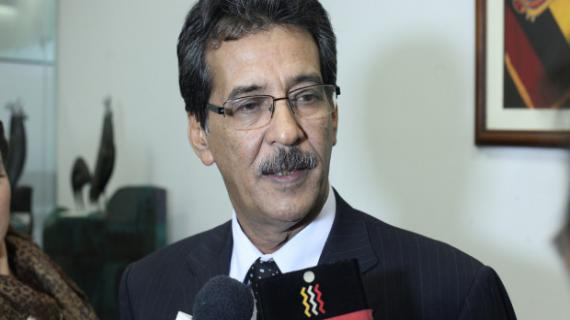 A new political structure opposed to the Polisario has been launched from Spain. The movement, dubbed “Sahrawis for Peace” (SpP), was born on Wednesday April 22 in Spain.

SpP, declaring opposition to the Polisario leadership, brings together more than 150 former executives of the separatist front, civilians and soldiers as well as grandsons of members of the Jamaa Sahraouie, formed under the Spanish colonization of southern Morocco, say the founders of the SpP in a press release sent to our editorial staff.

The members of the new movement specify that they “defend a peaceful settlement” and are willing to “participate in a consensual and lasting solution” to the Western Sahara issue.

They did not refer, in their press release, to the “right to self-determination of Sahrawi people” or “referendum”.

The movement said it plans to undertake diplomatic contacts with “the United Nations, the African Union and the European Union, as well as with the governments of Spain, Morocco, Algeria, Mauritania, France and the United States.”

“Sahrawis for Peace” intends to hold its first congress “within a period not exceeding twenty-four months”.

Pending the holding of the congress, the SpP will be led by a political committee composed of 13 members and 6 advisors, the press release said.

The founders of the SpP say they are determined to avoid falling into the same mistakes that caused the failure of the Sahrawi Initiative for Change, launched in November 2017 from inside the Tindouf camps.

The experience failed, especially after the arrests of three of its members in June 2019: Abba Bouzeid, Fadel Breika and Mahmoud Zeidan.