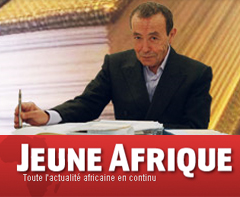 The presence in Morocco of Christopher Ross, the UN Secretary General’s Special Envoy for the Western Sahara, Christopher Ross, in the scope of his tour in the region to prepare the ground for the resumption of negotiations about the Sahara issue, comes at a time when the Director of the parisian weekly magazine Jeune Afrique, Bechir Ben Yahmed, a clever observer of the region since half a century, comes out with a precious evidence about this issue.
In this evidence published in the shape of an interview on the occasion of the 50th anniversary of jeune Afrique, Bechir Ben Yahmed ensures that the option of independence for the Western Sahara defended by Algeria is a « strategic mistake ». The Sahrawis, has he explained « would be better within Morocco than as a small country deprived of its wealth, supported and being under the influence of Algeria or other countries ». For this weekly magazine founder, « Half of the Sahrawis feel themselves Moroccans. Most of people who have created the Polisario were Moroccans » from the opposition of that time. Today, Africa « has no interest in having a further micro State, it needs integration and not partition.

To distinguish between two things, the Director of Jeune Afrique maintains that he « has more affinity with Algerian policy » than with Morocco of the King Hassan II. Nevertheless, Jeune Afrique who used to sell the third of its global distribution in Algeria, did not support Algiers about the Sahara issue, thus provoking the anger of Algerian senior executives and forbidding the magazine. « President Boumediene thought he would put an end to Jeune Afrique, and he has done what he could to kill us » as revealed by Bechir Yahmed.