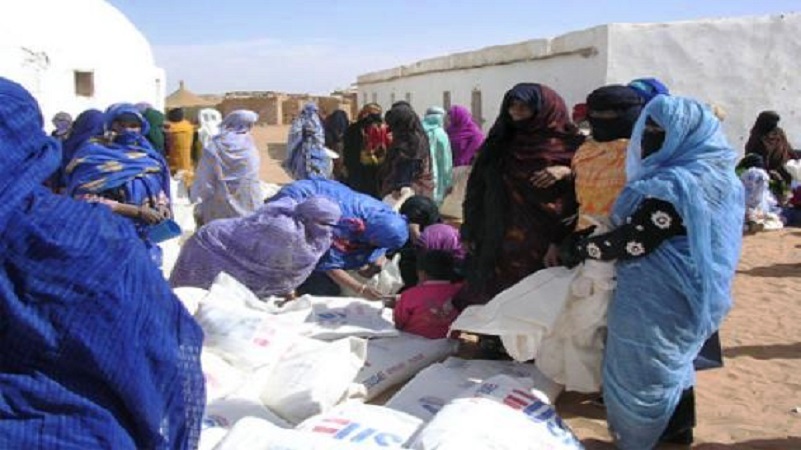 The Tindouf camps inhabitants are increasingly worried over the growing number of covid-19 infections and deaths, while the Polisario leaders are squandering, in connivance with Algerian regime, the international humanitarian aid funds sent for these populations.

The Polisario leadership has exploited the global health crisis caused by coronavirus to get in just a few months € 12 million in international aid. This amount has been confirmed by the Sahrawi red crescent which has affirmed that the Polisario leadership received during the past four months foreign aid worth € 5 million from the European Union, $ 2 million from Germany, $1.9 million from Switzerland, $ 400,000 from Canada, 3 million krone (about €283,000) from Norway, SEK 5 million (€486,000) from Sweden, €320,000 from Italy, and € 607,000 from Spain’s autonomous regions, in addition to 300 tons of food and medical supplies shipped by Algeria during Ramadan.

However, the inhabitants of the Tindouf camps, who are increasingly concerned about the worsening of their living and health conditions amid the spread of the coronavirus in the camps, have not received any aid sent to them by the international community in cash and kind.

These inhabitants are wondering where the international aid went but they cannot speak out against it because they are afraid of vindictive actions by the polisario armed militias.

The statements and the numerous press releases issued by Polisario leaders failed to calm down the angry populations in Tindouf camps as they feel abandoned to their fate by the Polisario leadership and the Algerian authorities, their host country.

This feeling of despair can also be explained by the absence of medical facilities for covid-19 patients and the alarm bell sounded lately by the whistleblower Sahrawi doctors over the coronavirus spike in the Tindouf camps, challenging to the reassuring and rosy statements made by the polisario leaders on this subject matter.