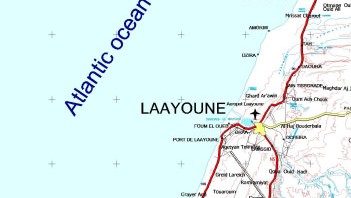 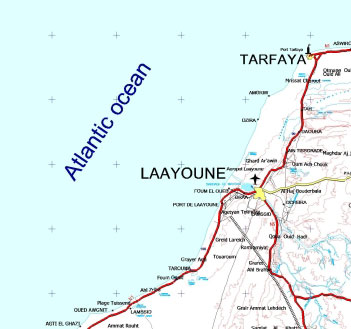 Some altercations have happened in the tents camps of Gdem Izik, set up outside Laayoune city, between a group of ex-prisoners opposed to the demolition of tents and many people who wanted to leave the camps as agreed upon with local authorities once their  their social claims were satisfied, according to the correspondent of the saharanews.org, live from the camp.
Annoyed by the increasing number of protestors who demolish their tents, pack their bags  and go back to Laayoune once their social claims satisfied, this group of gangsters passed to threats and intimidation against the people leaving the camps. Armed with cutlass, knives and bludgeons, the members of this group have not allowed people to leave the camp under the pretext that their claims were not fully satisfied.
In fact, this group of criminals is holding the rest of the population in the camps hostages for reasons which have nothing to do with social or economic claims. Many among them are either ex-prisoners or individuals involved in many kinds of traffic and are wanted by the police, according to many statements collected in the camps.

Since many days already, the majority of the people in the camps were more and more refusing to submit to the diktat of very small group of mafia and known criminals.
Especially that their claims for employment, parcels of land, or benefit from national aid program, were in their great majority satisfied by the local authorities.
Rachid Bouih, 23 years old, is embittered to find himself held hostage inside the camp while his request for a job has been quickly satisfied. He says that he is keen to demolish his tent and leave the camp to start his new job, but he is forbidden to do so by a group of rebellious people.
In this poisonous atmosphere, disputes and alteractions keep increasing, till the revolt of the majority of people in the camp againt the gangsters group.