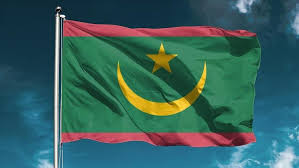 After the resounding remarks made lately by ex-Tunisian president Moncef Marzouki who exposed the plots hatched by Algerian rulers against Morocco’s territorial integrity, former high Mauritanian official Mohamed Ouled Lamine also decried the schemes of the Algerian regime and the Polisario to create a sixth state in the Maghreb.

For this former Mauritanian presidential adviser and ex- information minister, “supporting the creation of a sixth state in the Maghreb region would be a historical and monumental error”, making reference to the Algerian maneuvers for the partition of the Moroccan Sahara for the benefit of the Polisario Front.

“It is absurd to subdivide what has been divided (under the colonial era), especially when we realize the scale of the damage caused by this state in this issue” said Mr. Mohamed Ould Lamine in an interview with Al Ayyam weekly, dismissing the idea of “setting up a new state in a region with recognized borders by the international community”.

For his part, former Tunisian Head of State Moncef Marzouki had said in a recent interview with “Al Quds Al Arabi” , that it is unacceptable “to sacrifice the future of 100 million North Africans for 200,000 Sahrawis living in the Tindouf camps”, irking Algerian leaders and triggering a backlash in the media close to the Algerian Generals.

The involvement and the Machiavellian maneuvers of the Algerian military were exposed during the crisis created by Polisario militias at the Guerguarat border post linking Morocco to Mauritania, before being skillfully resolved by the Royal Armed Forces on November 13 with serenity and without bloodshed.

Following this intervention, the Moroccan action continues to receive an outpouring global support, while very rare countries, if not any country at all, have tried to justify the Polisario’s provocations supported by the Algerian regime.