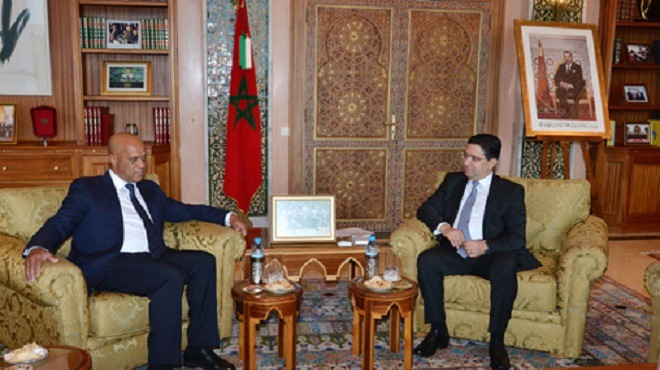 Cape Verde expressed its support to the Kingdom of Morocco in its “legitimate” decision to intervene peacefully to restore the movement of goods and people in the area of El Guerguarat, in the Moroccan Sahara.

“Cape Verde, which maintains excellent relations of friendship and cooperation with the Kingdom of Morocco and works for the promotion of peace, respect for human rights and the proper functioning of the democratic rule of law throughout the world, expresses its support to the Kingdom in its legitimate decision to intervene peacefully to restore the movement of goods and persons in the area, in full compliance with international legality,” said Cape Verde’s Foreign Minister Luis Filipe Tavares, in a letter addressed to the Minister of Foreign Affairs, African Cooperation and Moroccans abroad, Nasser Bourita.

In this letter, Cape Verde’s top diplomat said that his country “strongly condemns the dangerous provocations that have occurred in the buffer zone of El Guerguarat.” “These hostile acts aimed at sowing insecurity and instability in the region represent a threat to free civil and commercial movement and a violation of existing agreements,” he added.

Faithful to its usual position, Cape Verde “denounces all reckless acts that undermine the political process under the auspices of the UN Secretary-General to reach a political solution to the Sahara issue and welcomes Morocco’s commitment to respect the Ceasefire Agreement,” Filipe Tavares wrote.

Cape Verde reiterates its support for the Moroccan autonomy initiative which it regards as a credible way to resolve this conflict that has already lasted for many years, the minister concluded.