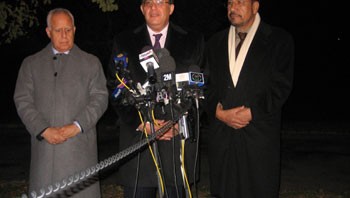 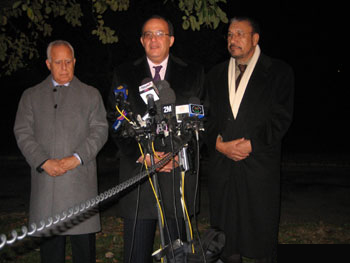 The informal negotiations on the Western Sahara conflict persisted in the same situation back to square one. A slightest progress was achieved at the end of the two-days closed meetings between the four delegations, the one of Morocco, Polisario and the two other neighbour countries, Algeria and Mauritania, in Manhasset, next to New York. Concerning the depth of the problem, that is a final solution to the Sahara issue, the parties in conflict remained rooted to their initial positions. The only concrete results announced by the personnal envoy of the UN Secretary General, Christopher Ross, consist in a resumption without delay, of the family visits by airway and speed up the starting of these visits by surface transport. The exchange of visits between Sahrawi families residing in the Southern Moroccan provinces and those in Tindouf camps, are supervised by the UN Agency for Refugees (HCR). The four delegations present in Manhasset and the HCR have fixed a time to meet in Geneva, to finalize the implementation of the Action plan in its totality and to progress in starting the visits by surface transport.

The Participants have, furthermore, decided to meet again, during the month of December, then at the beginning of the next year. The exact venue and date of these coming meetings have not yet been announced. According to Christopher Ross, these new meetings would take place « according to innovative approaches », specifying that the Manhasset negotiations have taken place in « a spirit of mutual respect despite of the fact that each party has continued rejecting the proposal of the other party, as a basis for the coming negotiations ». Since the time Morocco has presented its autonomy initiative, Polisario and Algeria are only using certain incidents and made situations for strategic and tactical reasons, for the only purpose of running away from their responsibilities and hinder the negotiations process.
To come out from the present deadlock, Morocco has insisted on the necessity to give a new « dynamic and a qualitative boost » to negotiations on the Sahara, through a new methodology. It is the third meeting of its kind that the parties in conflict are attending under the aegis of the UN, after the meetings of August 2009 in Durstein (Austria) and February 2010 in Armonk (USA). As long as all the countries present at these negotiations do not show any sign of real and sincere political will to find  a common ground for the final settlement of the Sahara conflict, existing since 35 years, these negotiations would remain sterile and unproductive.