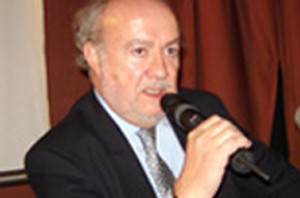 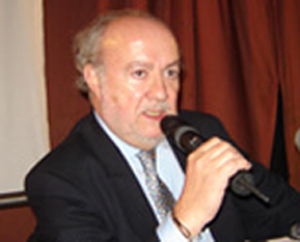 Polisario is a « totalitarian and dictatorial » movement which does not respect « neither freedom of expression nor democracy », has stated a Spanish jurist who has visited twice Tindouf camps (South of Algeria), where he has seen for himself the inhuman conditions in which are living the sequestrated Sahrawis. The Polisario, explains the President of the Moroccan-Spanish studies Center, Miguel Angel Puyol Garcia, does not allow anybody to express freely his opinions or make his own political choices. He has, besides, denounced the tragic conditions in which dozens of thousands of Moroccans, sequestrated in the camps of Tindouf, are living, in violation of international law and basic human rights principles. In this camps, there is no freedom or democracy, stated Puyol Garcia, specifying that the majority of sequestrated people are waiting for the suitable opportunity to join Morocco and meet their families.

The fact of asking Tindouf, to grant some rights considered to be basic ones such as freedom or democracy is considered a « crime which has cost the life of many persons », has he explained, inviting human rights international organizations, having a minimum of credibility, to denounce the abuses committed by the separatist movement militias. The Polisario leaders, has he explained, did not hesitate to get rid of any person who dares to desert the unique thought prevailing in the camps, set up in the governing system. Proving this idea is the kidnapping of Mustapha Salma Ould Sidi Mouloud who, according to him, unveils the Polisario  « totalitarian » ideology. According to Puyol Garcia, the announcement of his release by the Polisario « was but an illusion, because this so-called movement has no power to take decisions and is but an instrument in the hands of the Algerian military services ». The President of the Moroccan-Spanish Studies Center, based in Saragosse (North of Spain), has called on this occasion, Spain and the international community to put pressure on Algeria and its accomplice the Polisario, to clarify the destiny of Ould Sidi Mouloud and to proceed immediately to his release. To this effect, the Spanish jurist has wondered about the reaction of certain so-called Spanish intellectuals and operators who have adopted a cowardly behaviour following the kidnapping of the Sahrawi militant. Finally, the Spanish jurist declared to be impressed by the efforts made by Morocco so as to reach a final solution to the Western Sahara conflict, as well as the global strategy adopted by the economic and social development of the Southern provinces. This is but a further evidence which comes to unveil the real identity of the separatist movement.