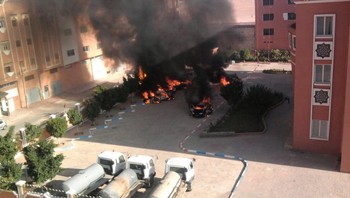 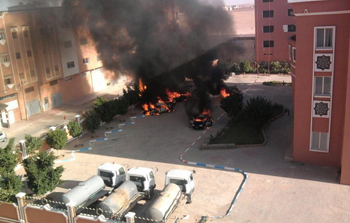 Many independent analysts, experts and observers agree to say that the plan of Laayoune bloody incidents has been prepared by the Algerian intelligence services with the Polisario men. The idea was to make Morocco carry the can and to make a mess of its autonomy proposal for the Western Sahara which was subject of discussion during the last round of informal negotiations which took place in Long Island next to New York. The involvement of the Algerian intelligence services and Polisario leaders, in the bloody incidents of 8th November in Laayoune, is no more a secret for anybody. Their aim, states the Moroccan sociologist, Mohamed Cherkaoui, in an interview granted to the Spanish press agency EFE, in Lima (Perou), was to transform the protest movement for legitimate social claims, into “an organized rebellion” and animated by out of control elements coming from the outside of the Western Sahara.

Through a campaign of disinformation and propaganda led at the double by the Algerian press and Spanish media hostile to Morocco, instigators of this set-up, have tried to give an international dimension to the Gdim Izik  and Laayoune events. Cherkaoui, writer of the book “the Sahara: social links and geo-strategic stakes”, has explained that the Spanish press has just added fuel to the fire, by wide-spreading  a flood of information totally wrong, without caring about the professional ethics nor even think about gathering information. It has turned into a spokesman and defender of the Polisario and through the latter, of interests and aims of the Algerian authorities. The time was cynically well chosen, as commented by the “everyday newspaper of Nouakchott”, in its edition of Monday. Incidents in Laayoune have strangely coincided with the day negotiations were resumed in Long Island, about the future of the Sahara. A hidden infiltrated hand, comments the newspaper, was trying to divert a social gathering so as to give it a political dimension. The first independent witnesses among which that of HRW about the Gdeim Izil events, come to deny totally the Polisairo and the Algerian and Spanish press, reminds the newspaper. Pictures of Palestinian children victims of Israeli raids, allegations of firearms use, pretensions of hundreds of dead persons, what did we not hear following these events in Gdim Izik? Wonders the Mauritanian newspapers, specifying that the Polisario propaganda machine was working at hundred percent. Everything was disoriented, distorted and even infiltrated within a very clear vision: to give the impression that it concerns a political uprising” of the populations in Laayoune. And the newspaper concludes that if lies keep, for a period of time, confusion, in such conditions, never pays in posteriority.