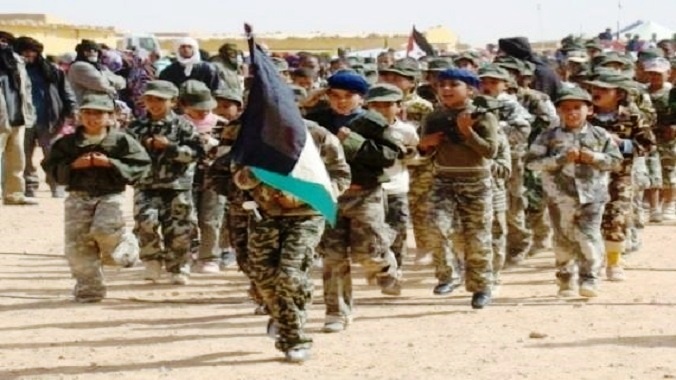 The International Alliance for the Defense of the Rights and Freedoms (AIDL ) has slammed the Polisario front for recruiting child soldiers from the Tindouf camps.

Reacting to a video widely circulated on social networks showing armed children wearing military uniforms training in the Tindouf camps, French NGO “AIDL” expressed on Monday its “total condemnation for the recruitment and the exploitation of children by deploying them in conflict and war zones”.

“These children are practicing how to shoot with weapons. They are being indoctrinated and encouraged to participate in the ongoing conflict with Morocco”, says AIDL in a press release, stressing in regard that “any recruitment of children, their exploitation and engagement in conflicts and wars is utterly prohibited and criminalized in international law”.

For the French NGO, which has branches in Paris, Geneva, Brussels, Barcelona and New York, this is “an international crime which requires international legal action” against those who sponsor and are responsible for such practices.

Many other NGOs and international associations working for the protection of children’s rights had denounced the forced military enlisting of young children without consent of their parents in the Tindouf camps.

French MEP, Dominique Bilde of National Rally (ex- National front) has lately called on European Commission to investigate the enrollment of 80 child soldiers by the Polisario and their transfer to minefields.

The Polisario leadership had sent hundreds of children to Cuba under the false pretense of studies or vacations because once they arrive in Havana they received military training and indoctrination. Upon their return to Tindouf, these children join the Polisario armed militias.