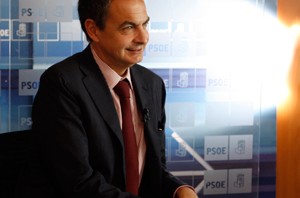 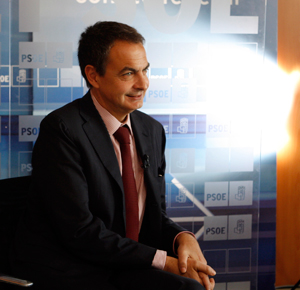 Truth ends by coming out. All the media campaigns and propagandists of disparagement and disinformation led around the bloody incidents of Laayoune, start falling down. A truth which has just been revealed in Spain and which will be hard to assume by the Spanish who defend blindly the Polisario separatists. During a meeting of the Federal Executive Committee of the Spanish Socialist Workers Party (PSOE), held on Tuesday in Madrid, the chief of the Spanish Government and Secretary General of the PSOE, José Rodriguez Zapatero has got things straight. He asked this committee to communicate to its members, to the militants of the Party and to the Spanish civil society, the few home truths about the events of the 8th November in Laayoune and Gdim Izik camp.
“This data, has Zapatero warned at  first attempt , may be painful and difficult to be assumed by a collective traditionally close to the Polisario Front ». This collective would not be the only one to be bitterly deceived, many Spanish written press and audiovisual organs which have led a virulent media campaign openly hostile to Morocco, themselves risk to be snubbed and to be strongly discredited not only vis-à-vis the Spanish public opinion but also the European one as well.

According to members of the Committee, ‘the Western Sahara conflict has given rise to a large debate inside the socialist leadership which has shown its concern as regard to the agitation made about this issue » in Spain.
Unlike the ardor and turmoil which the Spanish press has shown, this press which has taken the shift from the separatists to diffuse disinformation and make propaganda, the government and the Party in power have observed a position of « prudence », about which Zapatero has shown his satisfaction. Another executive of the party, the Secretary in charge of the PSOE Organization, Marcelino Iglesias, has stated on his side, that his Party was right in privileging prudence to great hurry, especially that information « which is being confirmed, is that there has been no slaughter » as pretended by the Polisario and Algerian media.
Now that variety has burst and that the Spanish official organs recognize the harm done to their neighbour in the South, which reaction, can the Kingdom of Morocco expect from its neighbour in the East, Algeria, which press did not spare any effort to protest against extermination and slaughter ?