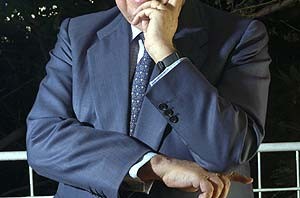 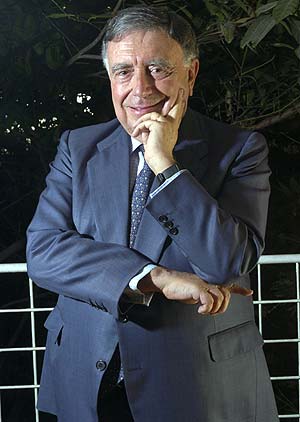 The hostility of certain Spanish media and political parties against Morocco has reached its peak to the point of giving rise to intense reactions even from Spanish official organs and intellectuals who find it unjustified and exaggerated. It is the case of Luis Maria Anson, member of the Spanish Royal Academy, who thinks that the Spanish Popular Party (PP – opposition) is mistaken in an alarming way in its approach concerning Morocco and the Sahara issue.
By its hostile positions towards Morocco, the PP has exceeded the limits of political reason, has stated the Spanish academician, in an article published Thursday by the newspaper “El Mundo”, close to the PP. “No, Spain can not and should not support, encourage, finance and protect the Polisario terrorist, and this just out of principle. This is what did the old +Agitprop+communist which has clearly appeared during the last weeks, supported, in a kind of torpor and absurd way, by the PP which, in its aims to break the socialist government, has exceeded the limits of good political reason”, comments Luis Maria Anson.

At the time when the Chief of the Spanish Government, José Luis Rodriguez Zapatero, is leading a « flexible » policy towards Morocco, he states, the PP leader, Mariano Rajoy is taking the wrong path in an alarming way as regard to Morocco, at the side of Javier Bardem and the Spanish communism nostalgic persons. “In Spain, we can not lose the sense of objectivity and keeping within bounds”, thinks the Spanish academician who returns back to the “Polisario” origins, to remind that the former Soviet Union, in its struggle for the world leadership, has encouraged movements such as the Polisario Front to weaken the USA allies.
Morocco, he concluded, has suffered from the violence of terrorists and has used important means to put an end to this situation. There are some people in the Spanish Kingdom, whose memory is so short. Nevertheless, it is only lately that the President of a Canary Islands association of terrorism victims (ACAVITE), Lucia Jiménez, has protested to whom ever wants to hear her that the Polisario is a terrorist group just like other groups Spain has known”. This can not be tolerated in a state of rights and democracy”. During the 70s and beginning of the 80s, some elements from the Polisario have attacked many Spanish people among the “Fosboucraa” employees in Laayoune and sailors working in the Canary Islands fishing ships, which were operating in the area located between the Sahara and the Canary Islands. Today, these same terrorist elements are publicly supported and fiercely defended by the Spanish media and political bodies. What a strange logic!