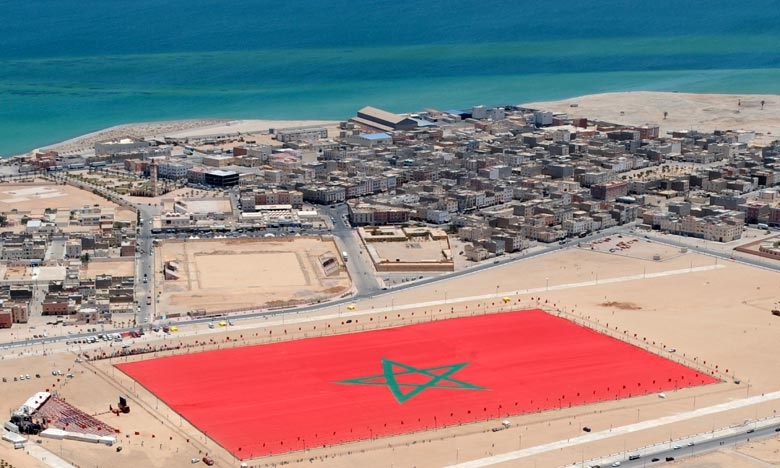 Rabat – Spain, as a neighboring country of Morocco concerned by the Sahara issue due to its colonial past, is called upon to interact and express its position in the strategic and development process underway in Morocco, by injecting a new dynamic in its relations with the Kingdom which can promote rapprochement between the two countries, wrote Thursday Arabic-language daily “Al-Ittihad Al-Ichtiraki”.

In a story, Talaâ Saoud Al-Atlassi highlights the significant developments that led to a new turning point in the Moroccan Sahara issue thanks to the opening of diplomatic representations in the southern provinces and the prominent official recognitions which enshrine the legitimacy of Moroccan law over its entire territory,

These advances have triggered geostrategic changes in the region giving Morocco new capacities of influence, particularly with the presence in the region of the US Administration and Gulf countries, and their involvement in the conflict resolution process, he wrote.

According to Saoud Al-Atlassi, some parties of the Spanish political scene, known for being positioned in the right and famous for their hostility towards Morocco, which is drawn from the dogma of the military past. Other parties, claiming to be of left-wing current, interfere in the Moroccan Sahara conflict by sponsoring the polisario separatist movement,” which hinders the development of Spanish-Moroccan relations, while other protagonists place themselves, in a position of truce, hesitation and moderation, which marks the distrust that the elite and power stakeholders in Spain feel towards Morocco.

Saoud Al-Atlassi was also surprised by the discrepancy between the political and economic aspects of relations between Rabat and Madrid at a time when more than 1,000 Spanish companies operate in Morocco, surpassing France, Morocco’s traditional partner.

In this regard, he stressed that the Statistical Office of the European Union (Eurostat) reported early December 2019 that Spain is Morocco’s largest trading partner, both in terms of imports and exports, with a 33.5% share of all European exports to Morocco, ahead of France and Germany.

This data places Morocco as the first destination for Spanish investment in Africa, not to mention that Spain is the main beneficiary of the Moroccan-European fisheries agreements.

Given all these facts, the Spanish Government is called to take into account the privilege bestowed upon it by Morocco, in a context marked by fierce competition for the “Moroccan area” among several European countries, in addition to China and Turkey and, America and Japan in the future.

If the Spanish government was more attentive to its distinguished economic position in Morocco and interacted with data attesting to the fruitfulness of the development process led by His Majesty King Mohammed VI over the past two decades, the Iberian country would have claimed, thanks to Morocco, a better position in Africa, would have been privileged in the Sahara and the city of Dakhla over the US administration, and would not have been offended by the US recognition of Morocco’s sovereignty over its Sahara, wrote Saoud Al-Atlassi.

He also noted that the Spanish foreign policy needs to be reframed and reoriented, recalling that the Spanish Foreign Minister, Gonzalez Laya, had stressed at the Conference of Spanish Ambassadors that “it is necessary to rethink the transatlantic relations” that bring together Spain and the United States.

In this context, Saoud Al-Atlassi wondered “is this not an irritation of Spain with regard to the achievements of Morocco and interference in a sovereign bilateral relationship with a third country” He also recalled that the Spanish minister was not alone in acting in this way, as the leader of the “Podemos” party, Pablo Iglesias, a member of the Spanish government, followed in her steps.

The political translation of this “situation of uncertainty” is a new geo-strategic situation that has called for the conference itself to discuss “programs and initiatives to strengthen Spain’s presence on the international scene.

“The political translation of this “situation of uncertainty”, is a new geo-strategic situation that called for the conference itself to discuss “programs and initiatives to strengthen Spain’s presence on the international scene,” according to the head of the Spanish government, Pedro Sanchez, who stressed that “this contract must be an African contract” with a greater presence of Spanish companies in the continent, while further strengthening cooperation with Morocco on the basis of a win-win logic. However, he did not present Morocco with reassuring elements at this conference on the issue of the Sahara conflict.

The Spanish Foreign Minister had previously told a Spanish newspaper prior to the ambassadors’ conference, that “what is important now is the appointment by the UN Secretary-General of a new special envoy to the Sahara to lead the efforts to reach a solution acceptable to all parties.

“Spain should be aware that Morocco cannot only be beneficial for it in terms of investment privileges, the fight against illegal immigration and the fight against terrorism, because Morocco wants cooperation with Spain to be mutually beneficial, through the opening of new horizons in their rich and promising bilateral relations with historical geographical, political and economic levers instead of Spanish political parties taking advantage of the principle of “self-determination,” multi-faceted and vague applications. It should alse emphasize the importance of giving priority to reason and historical interest to take advantage of recent developments in the Moroccan Sahara for the benefit of Morocco and the region in general, the author underscored.

“It is unacceptable that whoever benefits from Morocco’s honey, angers the seller of the honey,” Saoud Al-Atlassi concluded.