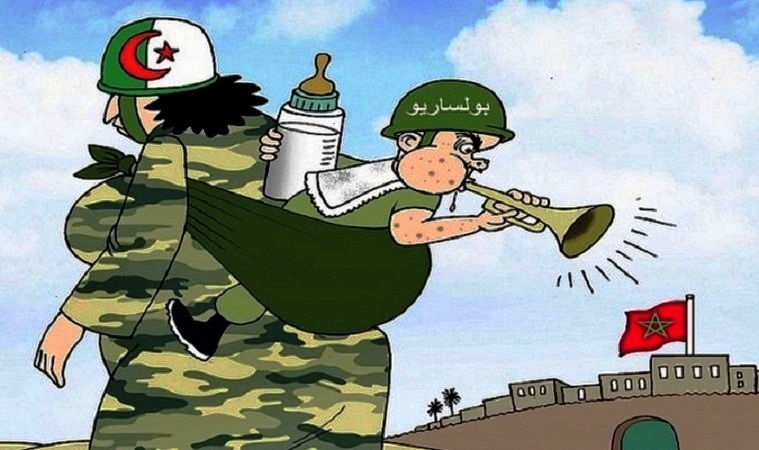 The Polisario leaders and their Algerian sponsors suffered in 2020, a black year filled with a series of resounding setbacks that will remain etched in their memory.

The Algerian diplomacy expects 2021 to be worst year ever amidst persistent rumors circulating in the Continent’s major capitals about a possible expulsion of the phantom Sahrawi republic “SADR” from the African Union (AU).

As the 34th African summit (due in Addis Ababa on Feb.6) draws closer, these rumors swirled and grow louder, forcing Algerian Foreign minister Sabri Boukadoum to urgently visit several African countries including Morocco’s allies such as the Democratic Republic of Congo (DRC), whose President Felix Tshisekedi will take over the rotating presidency of the AU from his South African peer Cyril Ramaphosa.

The Algerian minister visited in particular to southern Africa region, where Algeria still has allies in a vain attempt to salvage what can be saved and extend the survival of the expiring Polisario and its so-called republic.

Through his last minute African tour, Mr. Boukadoum tried essentially to save his job amid a growing criticism following the diplomatic setbacks suffered in 2020 with the opening of some twenty mostly African consulates in Dakhla and Laayoune, the main cities of the Moroccan Sahara. But, the American recognition of Morocco’s sovereignty over the entire Western Sahara knocked out utterly the Algerian diplomacy.

Furthermore, the Polisario and its Algerian sponsor are still trying to recover from the impact of Morocco’s successful and bloodless resolution of crisis of the border post of El Guerguerat where Moroccan army chased away the Polisario militiamen who were blocking traffic between Morocco and Mauritania. Morocco has secured definitely this zone against any infiltration of intruders from the Tindouf camps.

Experts expect heated debates and surprises at the African summit of Addis Ababa as Algeria’s former allies, except Pretoria, seem no longer willing to continue to support the separatist theses of the Polisario. The press releases issued at the end of Boukadoum’s visits to Lesotho, Angola, Kenya and Nigeria say a lot about this change of course and trend.