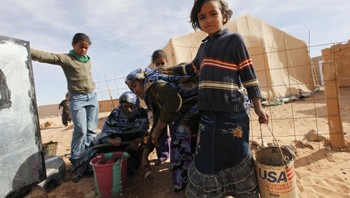 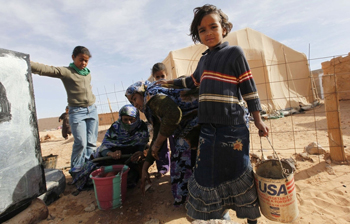 Hundreds of very young Sahrawi children are taken by force, each year, from their parents and transported to Cuba via Algeria and Spain. Once in the hands of Castrist military sergeants, they undergo a real brainwashing and are indoctrinated and exploited, to be sent 10 or 15 years later to Tindouf camps. At their return, they are used by the Polisario to serve the causes which defend violence and systematic violation of human rights. This is a statement which comes from the other side of the Atlantic.  The case of these Sahrawi children, usually unrevealed, has just been denounced by an American NGO militating on behalf of Sahrawi women whose relatives are still sequestrated in Tindouf camps. “Free My Family Now” has launched Saturday a cry for help to the international community. The American NGO calls for putting an end to the suffering undergone by the sequestrated populations in Tindouf camps” where they are retained hostages by the Polisario and Algeria”.

The President of Free My Family Now, Sarah Channing has also denounced the arbitrariness which has emerged as a governing mode in Tindouf camps where families are separated and children transported in camps of military training program, in third countries”. Despite of their very young age, as she said, these children undergo a brainwashing so as to make them believe in a cause which defend violence and systematic violation of human rights”.
As an American, I call my fellow citizens to call their representatives in the Congress, as well as the Secretary of State, Hilary Clinton, so as to put an end to the agony born by the sequestrated populations in Tindouf and so that they can enjoy the same rights which are obvious for us”.
About the transportation conditions to Cuba, thousands of Sahrawi children, since the age of 7 or 9, under the pretext of schooling, without the consent of their parents, Marie-Françoise Mirot, President of the Group “Petite fille” at the UNESCO, had already published an overwhelming document in relation with this matter. According to this report, the Cuban economy benefits for free from these children workers in cigars plants, farms and in private houses where their little daughters serve as domestics and are marketed in prostitution and paedophilia networks. Through these media statements, these NGO would have at least shed light on the dark zone in Tindouf camps, of which we do not talk at all or at least very little, namely the excessive exploitation of these children for politico and propagandist purposes.