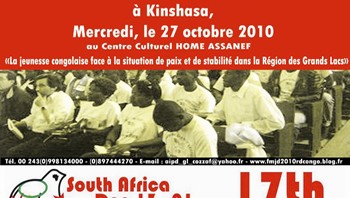 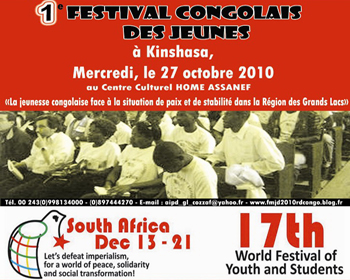 For the Polisario, all the means are good to lay down the law. Invited to participate to the World Festival of Youth and Students(WFYS) held in Pretoria, the elements composing the Polisario delegation who have gone to South Africa on Algeria’s expenses, were transformed into a gang of delinquents and aggressors at the World Youth. Encouraged and supported by their Algerian and Cuban colleagues, the Polisario young separatists did not but cause trouble during the 17th meeting of the WFYS but they physically attacked the members of the Moroccan delegation present in Pretoria. While they had just left, on Tuesday evening, the Festival meeting center, young Moroccans have been cowardly attacked in a barbarous way, and beaten with iron bars by furious members of the Polisario delegation. Already during the opening session which took place in the presence of many important guests, among whom Jacob Zuma, President of South Africa, the hosting country of the WFYS, the Moroccan delegation has shown much reserve in facing the repeated deliberate provocations from the separatists and their Algerian, Cubans and South-African supporters.

A complaint should have been lodged against them, this Wednesday, at the South Africa Police, by the victims of this cowardly aggression. Even the President of the African National Congress Youth League (ANCYL), Julius Sello Malema was part of the rest. In his speech at the Festival opening session on Monday, his words showed clearly his hostility to Morocco and its territory integrity. Words which the President of the American delegation, Jordan Farrar has qualified of “irresponsible acts”. Farrar has denounced Malema’s willingness, already known for his inflammatory declarations and his controversial speeches, to use this important meeting for dialog to interfere in Morocco’s internal affairs. Concerning the dynamic launched by the Moroccan autonomy proposal for the Sahara, Farrar has stated that it is Morocco’s right to find a peaceful solution which would be suitable for the Sahara issue. The behaviour of the young separatists from the Polisario, constitutes another proof that their movement and its supporters are losing ground and have lost the sense of orientation. They are at their wits’ end to make the rest of the world believe what they are saying.