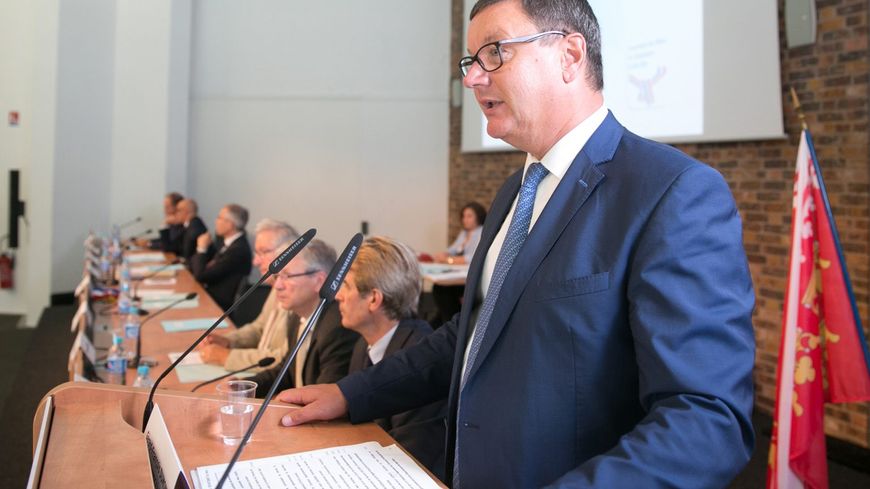 Strasbourg – It is high time that France and the European Union (EU) support Morocco in its position concerning the Sahara, underlined, on Monday, Claude Kern, Senator of Bas-Rhin, vice-president of the European Affairs Commission at the French Senate.
“Morocco is today, for France and Europe, a real bridge with Africa,” he said in a statement after a meeting he had with the consul General of Morocco in Strasbourg, Driss El Kaissi. Kern, also member of the French delegation to the Parliamentary Assembly of the Council of Europe (PACE), underlined that Morocco is also a key partner of Europe in the fields of security and migration, calling on the government of his country to support the Kingdom in order to strengthen its position on the Sahara issue. Welcoming the leadership and insight of HM King Mohammed VI and the Sovereign’s policy of openness, the French senator highlighted the excellent relations which unite Morocco and France and the place of the Kingdom in his country’s international relations. Kern added that “it is important that Moroccan-French relations continue and be strengthened in terms of foreign policy”, welcoming “all the actions carried out in this area”.