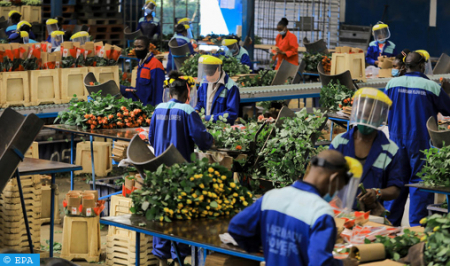 Nairobi – Kenya has much to gain by moving economically closer to Morocco and has more to lose by aligning itself with Algeria-backed separatist theses, writes Kenyan magazine “The Nairobian” in its latest issue.
Under the title “Nairobi Would Lose More if it Supports the Separatist Thesis,” Kenyan journalist and writer Tony Mochama looks back at the last meeting of the Peace and Security Council of the African Union (AU), held on March 09 through video conference, at the invitation of Kenya, its chairman for the month of March. This meeting “is illegal because it violates decision 693 of the Nouakchott summit, which established in 2018 the exclusivity of the UN as the framework for the search for a settlement to the Sahara issue,” he writes. Mochama quotes, in this regard, Morocco’s ambassador to Kenya El Mokhtar Ghambou, who stressed that the Nouakchott summit had decided that the Sahara issue is the sole responsibility of the troika mechanism (includes the outgoing, the current, and the incoming Chairpersons, as well as the Chairperson of the AU Commission). Kenya has clearly made an alliance with Algeria and South Africa to raise, in this inappropriate framework, an issue that falls neither within the competence nor the prerogatives of the African Union, the author observes. The story also quotes the AU’s High Representative for Infrastructure Development, Kenya’s Raila Odinga, who warned that “the item of discussion could cause serious rifts among PSC members, who would be more comfortable addressing priority issues of common ground, especially during this difficult time of Covid-19. Odinga, who leads the Orange Democratic Movement (ODM), has a vested interest in establishing good relations with the Kingdom of Morocco because “if this presidential candidate were to win the presidency in 2022, he would need continental calibers like Morocco to carry out his national development agenda,” Mochama notes. “Kenya has much to gain economically from the Kingdom of Morocco, especially in the sectors of agriculture and construction of dams,” concludes the author, who had previously visited the Kingdom’s Southern Provinces.